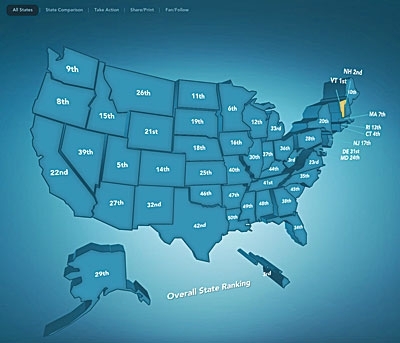 To hear most agency heads tell it, firms must be physically present in the lives of their clients.If that means opening a satellite office in East Jabib to accommodate the client recently relocated to the region, well, so be it. Serve the client, at all costs, always. Perpetually be at the ready in the event the client, say, needs some late-night hand-holding, or perhaps needs to borrow some flour.

That’s why it sounds borderline sacrilegious when Rockfish founder and CEO Kenny Tomlin talks about the decision to open offices in Atlanta, Austin and Chicago during the last year. “We’re talent-driven,” he states succinctly. “We don’t open offices around clients as much as we do around people. The real reason we’re there now is because we knew some good people in the area and knew we could build some great teams.”

None of that is to say that client service is a secondary concern for Tomlin; indeed, he’s quick to point out numerous clients in proximity to the three new office locations. And clearly clients buy into what Rockfish is selling: 30 new ones signed up in the last year alone, among them Mizuno and Intercontinental Hotel Group, and these additions fueled a hiring spree that jumped head count by 100, up to 250. But the people-first approach is consistent with the Rockfish ethos, which prizes empowerment and entrepreneurial spirit and rejects all things hierarchical.

“We don’t have middle management. We don’t have people whose job it is to tell other people what to do. Everybody at Rockfish is working,” he says.

Since its birth eight years ago, Rockfish has been lauded as one of the marketing world’s elite digital design firms. Without question, the company remains true to that initial core competence; its roster still includes clients who avail themselves of that expertise and that expertise alone. But over the last few years, Rockfish has evolved into something that hews less to the traditional agency model (or the digital agency model, whatever that is) and more to a start-up mentality.

Take a look at the types of assignments Rockfish has handled during the last year. It collaborated with Walmart on SPARC (Supplier Portal Allowing Retail Coverage ), a tool designed to help the retail giant make smarter real-time shelf-stocking decisions. For Sam’s Club, Rockfish worked on a project designed to drive sales via mobile devices. On behalf of United Health Foundation, it repurposed data visualization techniques as a tool to raise awareness of health issues. 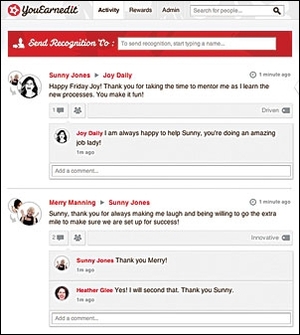 Those go far beyond the usual scope of a digital agency, as do several of the projects hatched in the company’s Rockfish Labs incubator. The firm launched YouEarnedIt, an employee-recognition platform, a few years ago as Rockfish Rewards. “We wanted to make sure people knew they were appreciated, but to democratize that recognition. The idea was that the recognition would come from all parts and places of the company, not just from me or any of the office leaders,” Tomlin explains. The program proved enough of an internal success that Rockfish redubbed it YouEarnedIt and, this year, spun it off into a company of its own. It now has offices in Austin and counts 13 full-time employees on its rolls.

The growth of YouEarnedIt and other ideas incubated within Rockfish Labs vindicates the firm’s approach to 21st century marketing. Tomlin believes that agencies such as Rockfish shouldn’t just dabble in the creation of intellectual property; they should make it a priority. “Our competitors are less and less other agencies than the start-up community,” he says. “These nimble start-ups are innovating so much, especially in terms of branding and marketing. It’s where a lot of the best thinking is taking place. It’s important for us to be in the game.”

In a nutshell, that’s the challenge Rockfish faces in the months and years ahead: how to straddle that line. On one side, there are existing clients with more traditional needs. On the other, there’s the entrepreneurial itch many of the agency’s people can’t wait to scratch.

“We’re strong technically, but we’re also strong with strategy and creative. There’s lots of value we can add for any company,” Tomlin says. He then answers the next question before it’s asked: “Yeah, sometimes focus can be a challenge.”

Still, don’t expect Rockfish to slow down anytime soon. Tomlin says the agency has already identified staff for a soon-to-open office in the Pacific Northwest — likely in Portland, Ore. — and international expansion (at least one European market, maybe more) is high on the to-do list. Even as Tomlin discusses the future, he sounds a little awed by his company’s continuing evolution.

“I remember day one of Rockfish. I was sitting in a coffee shop with my laptop, doing a project for a relative. It was so intimidating, it really was,” he recalls. “We’ve been really fortunate. We’ll never take any of it for granted.”

agency of the year
1 comment about "Agency of the Year, Best Design: Rockfish ".
Check to receive email when comments are posted.
Next story loading