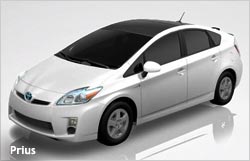 Consumer avoidance is as important to automobile manufacturers and marketers as loyalty. If you can figure out why people are running away, you can figure out how to get them back, right? Yes -- especially if avoidance is being fueled by left-brain parameters like experience of ownership, reviews, ratings, features, price and the like. Unfortunately, it seems a lot of people are running away for a reason that, because it is so insidious, strikes terror in the hearts of auto marketers everywhere: consumer perception based on "conventional wisdom" about vehicle quality and durability.

Forty percent of new- vehicle buyers who avoided a particular model due to quality or reliability concerns say they based their opinions on common knowledge rather than personal experience, reviews, ratings or recommendations, according to the J.D. Power and Associates 2012 Avoider Study. The study is based on responses from approximately 24,045 owners who registered a new vehicle in May last year.

Among buyers who avoid a particular model because of perceived quality and reliability, 43% say their avoidance was because “the brand’s vehicles, in general, are known to have poor quality/reliability.” Thirty-eight percent based their avoidance on ratings and reviews, while only 14% said they based their decision on prior ownership of the model.

Jon Osborn, research director at J.D. Power and Associates, argues that if you are an automaker who had a quality problem in the past (that created a generation of naysayers). you can't just let your cars do the talking now.

“For some brands, namely those that have created marked improvements in their quality and reliability in recent years, it’s even more vital to tell their improvement story, rather than just waiting for perceptions to change over time,” he said, in a statement.

“The decline in avoidance of U.S. models due to their origin reflects a buy-American sentiment that surfaced as the economic recession led to domestic job losses and adversely affected major U.S. institutions such as the Detroit Big Three,” said Osborn. “In addition, the quality, dependability and appeal of domestic models have improved during the past several years, as well, and this may also be a cause for declining avoidance.”

While perception about quality and reliability is driving avoidance, it is no longer the main driver of purchase. Gas mileage has leapfrogged reliability, the deal and exterior styling, which were the most influential purchase reasons in 2010, the 12-month period covered by the firm's last Avoider study.

While gas mileage and environmental impact certainly are the big drivers for Chevrolet Volt, Nissan Leaf and Toyota Prius, consideration is is not uniform across the nameplates. Image is a prominent reason for purchase of Volt, while buyers cite low maintenance costs for the Leaf and reliability for the Prius, per J.D. Power.

Among buyers who avoided the Volt, purchase price was the most- cited reason, while the most prominent avoidance reason for the Leaf and Prius is exterior styling. For the Volt and Leaf, a notable proportion of buyers cited the models’ small size as an avoidance reason. For the Prius, performance is a prominent reason for avoidance.