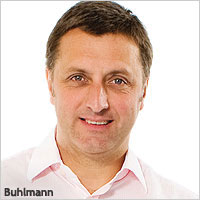 London-based Aegis Group has acquired a minority stake in The Upper Storey, a Singapore-based digital agency. The purchase is Aegis' first acquisition amid an aggressive holding company buying spree that kicked off earlier this month with MDC Partners’ purchase of media shop R.J. Palmer.

Aegis indicated that Upper Storey would become part of Isobar in Asia-Pacific and will be rebranded as TUS Iosbar. Clients include Microsoft, American Express and Intel.

Although it's the first acquisition by Aegis this year, look for significantly more purchase activity from the media- focused holding company.

When it sold its research arm Synovate last fall for $834 million, Aegis CEO Jerry Buhlmann said the company was earmarking some of the money for the purchase of 50 to 60 small- to medium-sized  agencies primarily in the top 20 global markets. Buhlmann said the firm's acquisitions would focus on faster-growing digital companies, such as those in the social and mobile sectors.

The Aegis acquisition follows last week's flurry of activity when WPP, Publicis and Interpublic all confirmed one or more acquisitions. Publicis Groupe said it made a tender offer for the 40%-plus stake in a German digital shop that it doesn’t already own: Pixelpark. It offered a reported $17.5 million for the outstanding shares, putting a total value on the company of about $40 million, per sources.

Commenting on the acquisition, Publicis CEO Maurice Levy stated: “The German market is very important to us. By integrating Pixelpark, we're strengthening our global presence in this sector and ensuring that our clients can benefit."

Interpublic last week bought Fuse, a UK digital agency that it said would become part of the GolinHarris PR network. Founded in 2004, with a focus on design, clients include Unilever, Bissell and Tia Maria.

Stated Fred Cook, CEO of GolinHarris: “Fuse will significantly strengthen our digital, interactive and creative offerings. As the lines between PR, digital and advertising continue to blur, these added capabilities will allow us to deliver more fully integrated client campaigns that span earned, owned, shared and paid media."

As previously reported, it also bought a majority stake in 41?29! Media Internet, an independent digital agency based in Istanbul, Turkey, and an additional 25% of The PBN Company, a PR shop with offices in Russia, Ukraine and other former Soviet Republics. The purchase gives it majority control of the firm.