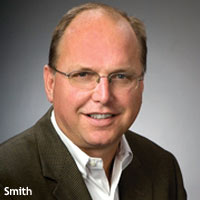 Premium display advertising and social marketing require considerable time and money, so it’s fair for companies to question their effectiveness. Do they actually drive product sales, media subscriptions and memberships?

New research finds a direct correlation between visual and emotional resonance and higher revenue per order.

In fact, although social is hardly the highest-traffic channel -- nor the leading driver of sales volume -- its presence in the so-called “purchase path” drives higher-value orders (in terms of revenue per order) than natural and paid search combined.

That’s according to new research from advertising analytics and attribution platform ClearSaleing.

Indeed, the presence of social media in a purchase path drives higher-value orders, in terms of revenue per order ($280), than natural search and paid search combined ($230.07). When display was included in a conversion path, the average revenue per order increased to more than $206 -- almost 65% more revenue than the overall average order size of $135.37, according to Smith.

Although social media is still in its early stages, it is proving to be a core channel for driving intent, Smith added.

When social media was presented in a purchase path, the social media click accounted for $5.24 in revenue, ClearSaleing found -- a 20% increase from paid search ($4.38) and an 84% gain from natural search.

Meanwhile, premium publishers showed twice the ability of ad networks, and four times the ability of demand-side platform’s (DSPs), to introduce and initiate new customer conversations. What’s more, roughly 8.4% of all premium-publisher advertising interactions were the beginning of new purchase paths, versus 3.62% for ad networks and 1.58% for DSPs, ClearSaleing found.

Still, that doesn’t mean that ad networks and DSPs don’t serve an important role for advertisers and publishers. To understand why, it’s important to first understand ClearSaleing’s methodology, which defines a customer purchase path in three sections.

It includes “the introducer” -- the first touchpoint in a multistep purchase path; "the closer” -- i.e., the final step a customer takes on their journey to conversion; and “the influencer” -- or all steps between introducer and closer in the purchase path that influence a conversion.

According to Smith, ad networks and DSPs are vital “influencers,” which means they do their part in influencing conversions and connecting the entire purchase path.