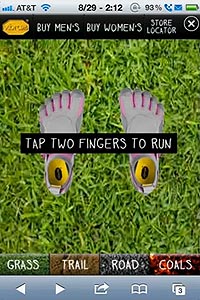 As retailers increasingly embrace mobile to boost foot traffic and drive m-commerce, mobile advertising is expanding as well. To capitalize on that trend, mobile ad network Jumptap has partnered with hyperlocal data provider PlaceIQ and appointed a director of retail to oversee ad efforts in the category.

Through the alliance with PlaceIQ, Jumptap says it will allow advertisers to reach the precise areas most likely to contain members of their target audience, whether luxury shoppers, tourists, students or travelers.

PlaceIQ claims its ad-targeting technology creates a “hyperlocal digital index of the physical world,” by understanding not only what is there, but who is in a place, when, and what they’re doing.

While some of this is static data about a location (down to a city block), much of it is gleaned from user actions, like searches people perform or ads they click on in a given spot at a certain time via mobile devices.

The start-up claims its technology is "privacy-friendly," since it profiles locations rather than people, without gathering or storing personally identifiable information (PII). In December, PlaceIQ landed $4.2 million in first-round venture funding.

Jumptap works with third-party data providers including Acxiom, TargusInfo, Datalogix and Polk to provide information about consumer demographics from purchase history to income level to what cars people own. That anonymized data helped double click-through rates for retail campaigns in the fourth quarter.

In addition to teaming with Place IQ, Jumptap announced its hiring of Matthew Mulderink as its first director of retail to lead strategy for retail publishers and advertisers. Prior to joining Jumptap, Mulderink was director of strategic accounts at ad optimization firm at Dotomi, acquired last August by ValueClick. He was previously in a similar role at Yahoo, working with retailers including Best Buy, Target and Sears.

“Matt is the first executive to be brought on for a specific category,” noted Jumptap CMO Paran Johar, saying Mulderink's experience will help "new retail clients to leverage mobile.” Retail is one of the three largest ad verticals on Jumtap’s network and growing fast, he added.

As an example of its recent work with retail clients, Jumptap highlighted results from a mobile campaign on behalf of Vibram’s FiveFingers running shoe. Working with the Amp Agency and the Nail Agency, it created a rich media unit encouraging users to “run” with their fingers in the virtual shoes on different surfaces. It also provided a link to a store locator.

The ads drove roughly three out of every five viewers who engaged with the ad to the Vibram online store, according to Jumptap. They also had a 1.3% click-through rate on the iPad, the highest rate across devices.