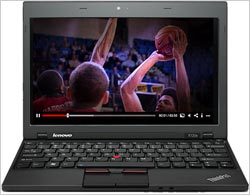 Sports fans still love their big screens, but new research indicates the Web is changing how athletics are enjoyed worldwide.

Across Europe, the Web has surpassed TV as the primary platform for 18-to-35 viewers to watch their favorite sport, according to new research conducted by Havas Sport & Entertainment for the Global Sports Forum Barcelona.

A full 36.1% of this prized demographic sign in online to watch their favorite sport or team play on a weekly basis, compared with just 32.1% who do so on television. This marks a significant shift from a year ago, when similar research conducted by Havas found the Europeans of prime age still preferred their sports on a TV.

Advertisers, content providers, broadcasters, rightsholders and athletes will all be affected, according to Lucien Boyer, President and CEO of Havas Sport & Entertainment and General Commissioner of the GSFB.

“The implications of this are huge and suggest the broadcast sales model for sport needs to be carefully considered in the future,” Boyer warned. “Whilst TV will clearly continue to remain of enormous importance, the younger generation choose to consume sport in a number of ways. The key now is to be a content provider that can satisfy the demands of sports fans across all platforms.”

Just as consumers are moving online, however, media providers are rethinking their digital business models.

After years of offering college hoops for free -- with ads, of course -- Turner Sports, CBS Sports and the NCAA recently unveiled a new tiered pricing and access model for this year’s on-demand March Madness offering.

Paid or not, the market for digital media and sports marketing and endorsements is increasing.