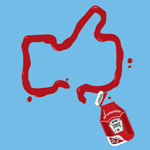 Consider the crowd. Brands have spent a considerable amount of time and effort doing just that, but they are still often way off.

Social media platforms seem to all follow a similar trajectory, whether they are email lists, influencer-marketing programs or Facebook itself. The platform begins in a collection phase, growing an audience to critical mass. Then, as with a poorly planned party, there are a bunch of people looking around at each other waiting for the beer and the DJ to arrive (or, in marketing speak, they’re ready to be “activated”).
Brands know what they want, for the most part, from consumers: to buy products or services. Brands even think they know what the crowd wants from them. Well, they’ve made some assumptions. And, you know how that saying about assumptions goes.

According to a CMO Council study, polling 132 senior marketing execs and 1,300 ordinary, average Joe and Jane consumers, there is a disconnect between why brands think consumers do something and why they actually do it. For example, the top reason consumers gave for liking a brand on Facebook was “I’m a loyal customer” with 49 percent of those polled saying so. That response ranked sixth out of eight when the marketers were asked to guess why consumers like their brands on Facebook. And the responses continue in a similar vein for the remainder of the questions. It’s as though brands and consumers are an especially mismatched couple losing badly on an episode of The Newlywed Game.

Offering unique perks and rewards to followers, especially ones that enable consumers to further declare their loyalty and engage others, such as Heinz did with its “Get Well” soup offer on Facebook, is one way to get the party started, just as barraging fans with messages to buy your product or sign up for your newsletter is a surefire way to recreate that moment where the needle slides across the record with a jarring scratch and everybody on the floor stops dancing. (Except for that one dude who just keeps going regardless, but do you really want him for a brand ambassador?)

Besides basic promotion, many brands are utilizing social media’s capabilities as a CRM and retention tool. But for every success story, such as the personable and helpful King Arthur Flour Twitter account, there is a laundry list of disasters. This might be what leads some brands to turn their backs on this approach entirely: In a study by the social-CRM service Conversocial, 30 percent of the retail chains surveyed said they don’t respond to any questions or complaints posted on social media, effectively choosing to ignore them entirely.

Social media use by brands needs to be a feedback loop. A brand can’t open up one side of the conversation and turn its back on the other.

According to Forrester’s “Social Technographics” report, mobility and location data are beginning to play a bigger role. Per the report: “With mobile Internet users in the U.S. expected to grow from 39 percent of mobile owners in 2011 to more than 50 percent in 2015, mobile social media and location-based services will swell in usage.” This real-world usage creates all sorts of opportunities (and potential hazards) for brands. On the one hand, PayPal reported that mobile payments via the service were up 516 percent this Black Friday versus the year before, by which we can infer that shoppers were in stores and then scoring better deals on their phones elsewhere. On the other hand, a slew of brands have been utilizing the mobile social Web to marvelous and simple effect, such as Levi’s “next model” search on Instagram, which resulted in a flood of consumer-generated #iamlevis tagged photos on multiple social networks, many of which were geotagged by people in stores trying on the brand’s clothes.

If you aren’t considering the crowd, you better get out of the way, because it will run you over. Here are five brands with a special flair for social.