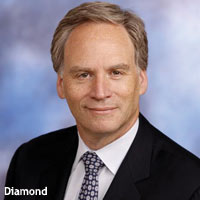 IPG said that the Frukt team will collaborate with Octagon in a number of areas, including Octagon’s music and entertainment consulting unit, which has created sponsorship programs for clients such as Bank of America and MasterCard.

In addition, Frukt will work with Octagon’s talent management experts in music and television and provide input to other Octagon units, such as its content development and packaging team and its multicultural and lifestyle marketing division. Frukt will also work with sister PR shop Rogers & Cowan, whose clients include The Grammys, Coca-Cola and Microsoft.

In addition to researching and developing event-oriented campaigns and sponsorships, Frukt publishes monthly trend digests and a yearbook focused on customized research into entertainment.

Harris Diamond, CEO of the IPG Constituency Management Group, which includes Octagon and IPG’s stable of PR agencies, stated that the acquisition would “further strengthen” Octagon’s entertainment marketing business and its global reach.