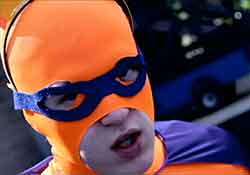 Privacy, choice, interoperability and opportunity have become key concerns for Mozilla, Google and Microsoft, as online digital advertising continues to rise and each adapts to emerging legislation from United States and European Union lawmakers.

Taking the message to its users, Mozilla launched a user-generated video contest to help educate how its open-source browser, Firefox, differs from the pack.

"Browsers control what's possible on the Web," said Mozilla CMO Chris Beard, who joined the company just prior to the Firefox launch about seven years ago. "There is a lot of commercial interest vying for that control."

Beard called Mozilla's strategy "grassroots," noting that the ad campaign should be seen as an extension of the company's strategy. About 2 million people try Firefox daily around the world. The browser supports about 400 million users.

Individuals or teams submit a video ad entry explaining what makes Firefox different. The company will take the winning submissions and integrate them as part of a global marketing campaign. The grand prize of $10,000 in cash or video equipment will go to one winner from each region. Category prizes include $5,000 in cash or video equipment. Runners-up will each receive $1,000.

The videos must drive the brand's initiatives and highlight that the browser comes from a nonprofit organization answering only to users, not shareholders. Firefox emerged as an open-source project, relying on developers to build on a platform contributed to from multiple sources.

Mozilla Firefox, which rolled out in 2004, initially emerged as part of a browser open-source project from Netscape Mozilla Suite, the application suite later named SeaMonkey. The separation and launch became Netscape's last-ditch effort to compete with Microsoft.

The open-source project, however, took on a life of its own with no ties to its originator. Around the same time -- 1998 -- Google filed for an IPO. "At the time, we put together a partnership with Google and Yahoo, and later Amazon and eBay," Beard said.

Mozilla plans to compete in mobile, but it's not clear how easy it will be for Firefox, with companies like Apple and Google holding the majority of the market share. Firefox held about 0.03% market share on mobile devices in February, compared with Safari at 61.9%, Android at 18.62%, and Opera Mini at 14.42%, according to NetMarketShare.

At the Mobile World Congress 2012 conference, Mozilla said it will work to power open Web standards like HTML5, CSS and JavaScript, as well as Persona, which the company calls an identity system that includes Browser ID. It's also working with Deutsche Telekom, Adobe and Qualcomm.

For now, moviemakers will chronicle the next chapter. Filmmakers, actors and industry executives will judge the competition, including Edward Norton, Shauna Robertson, Couper Samuelson, Jeff Silver, and Ben Silverman. Deadline for submissions is May 1.