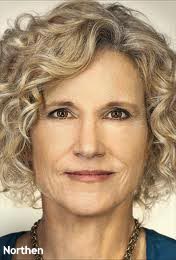 Wednesday’s New York Times op-ed page offers a potent reminder of how important reputation management is for brands and companies. The page carries an extraordinary piece by Greg Smith, entitled "Why I’m Leaving Goldman Sachs." Smith, who worked for a dozen years at the storied investment house, most recently as a regional head for its U.S. equities derivatives business, talks about the firm’s “toxic and destructive” culture.

The firm has become an institution where people openly talk about “ripping their clients off” and a place that has become “too much about shortcuts and not enough about achievement.” The NYT site was loaded with 400 comments. Buried in the feedback was a brief “we don’t agree” statement from Goldman, as well as a similar missive emailed to the Goldman staff from management.

Next month (April 25-27), the American Association of Advertising Agencies is holding its first public relations conference in five years -- and the Goldman episode is an ideal example of why now is a good time to hold the event.

“PR has always been charged with managing reputation, but the landscape has changed so dramatically over the last couple of years with digital and social media that agencies, companies and brands have to be more agile and more nimble than ever” to do it right, said Janet Northen, partner and executive vice president of agency communications at ad shop McKinney and co-chair (along with Deborah Zdobinski) of the 4A's PR conference.

The conference has secured one of adland’s big honchos to kick off things off with a keynote -- Bob Jeffrey, the global chairman and CEO of WPP’s JWT, who will discuss how the shop used PR to reposition itself in the marketplace. In a separate presentation, Marian Salzman, CEO, Euro RSCG Worldwide PR North America, will discuss how to leverage social media and “trendology” to build brands and impact business.

The 4A’s doesn’t hold an annual PR conference, Northen said. But if there’s enough new activity in the space to make it worthwhile for attendees, then the trade group considers it. “This year it felt like it was really time because PR seems to be leading the conversation,” she said. “The job has been changing so much with digital media and many new ways to engage consumers. We’re just being called on to be different.”

Other sessions will discuss the changing relationships between journalists and PR people, managing social media, and best approaches to dealing with trade organizations and award shows.