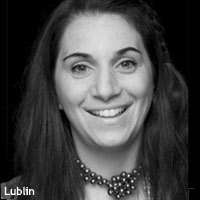 While much gets written about the leading edge of Millennials, marketers hear less about younger teens and how to reach them. New data from DoSomething.org, an organization that connects teens, brands, and causes, shows that this text-centric group is even less into email than many would have thought. Marketing Daily asked Nancy Lublin, DoSomething.org's CEO and chief old person, to explain the findings.

Q: So your research finds that for those between 13 and 25, the action rate is five to nine times higher for text messages over email. Did that surprise you?

A: In some ways, no. Certainly, we know teens vastly prefer texting to email. But that the difference was this big -- that got our attention. The open rate is 97% for mobile, about 15 times higher than for email. And newly acquired members are 10 times as likely to take action if they sign up on mobile. (We are looking at 200,000 users.)

Q: So the stereotype is that teens are somewhat cynical these days, and not especially altruistic. Is that true?

A: No, 94% of teens want to get involved. Look at the enormous response to the Kony video about Uganda, or how many kids are buying Tom’s Shoes. We just did the latest “Teens for Jeans” campaign with Aeropostale, collecting used jeans for homeless kids, and got over 1 million pairs. In a month. They want to make a difference but they don’t know how. Solving climate change is hard. Donating jeans you don’t wear anymore is easy.

Q: What made that program work so well?
A: It was simple, and it had a result they could see. It’s not like wearing a bracelet or clicking “like” on Facebook. Kids are very smart about this stuff; that’s why campaigns that ask them to retweet things don’t raise a lot of money. They know it’s about building the Twitter following for some brand, not really helping. Even campaigns that promise $1 for every “like” are a turnoff. Kids know when they are being gamed.

Q: What are marketers missing when they target teens?
A: Many think kids have lots of time and few responsibilities. And that's just not true. They are stressed and under pressure. They worry about their parents' finances, and how college will get paid for. They don’t have a lot of time, so they are looking to have maximum impact with minimum effort. Stuffing an envelope doesn't make sense to them. They want to see a direct result. They want things that are fast and immediate.

Q: What else motivates them?
A: Authentic brands, with a real connection to the cause. Aeropostale is about jeans. It doesn’t make sense that Kentucky Fried Chicken would try and align itself with breast cancer. Teens look at cause-related efforts with some scrutiny. They know they are often a target market, but it has to make sense to them.

Q: What other brands get it right?
A: We're just about to launch a big campaign with Virgin Mobile, which we can't talk about yet. But think about teens and text messaging. They go together. We have a big back-to-school effort with Staples, where many kids do their shopping. These are good fits.

Q: Some people object to schools that compel kids to volunteer, requiring a certain number of hours for community service to graduate, for instance. What’s your take?

A: We are very deliberate about not tapping into that at all. We purposely don’t work with parents or teachers. This is not a way to fill those community-service requirements, and there are no lesson plans.

Q: Your title is “chief old person.” How old are you?

A: For this group, it is. While there are some parts of their lives where they need adults, they know there are lots of areas where they don’t need them at all, so we don’t bother them with ideas that sound like troop leaders or mentors. That’s just not how they roll. They believe they can start a billion-dollar company at 19. And they're right!