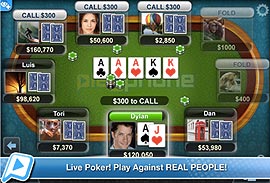 PlayPhone has already constructed a large social network for games across iOS, Android, Windows Phone 7 and HTML5. Gamers can meet and play against one another on the same games but across different operating systems, including the Web. The company claims to have had accumulated 3 million members just in the months leading to the December launch of the social gaming platform.

In acquiring a social mobile marketing group, the company is looking for ways to integrate models like incentivized play and other marketing to target that constant flow of gamers. PlayPhone CEO Ron Czerny told VentureBeat: “We’ve been following SocialHour for a while, and they have a very sophisticated program for marketing and lead generation on mobile devices.”

While the deal is a stock-only transaction between PlayPhone, with 110 employees, and SocialHour with 22, the price tag of $51.5 million is another eyebrow-raiser for mobile. In recent weeks Asian telco Singtel acquired mobile marketing company Amobee for a hefty $321 million, ranking it among the most lucrative deals ever made in the segment. Google bought AdMob in 2009 for about $750 million and Apple got Quattro for about $275 million.

But the market for mobile social gaming is enjoying rosy projections in part because it leverages virtual goods. Inside Network estimates that virtual goods in mobile games will hit $500 million in spending this year in the U.S., up from $350 last year. Marketers see an obvious opportunity to build programs that exchange ad exposure for virtual currency and other ways of providing gamers with value within this ecosystem.

PlayPhone competes against rival social gaming networks like OpenFeint, which operates on iOS and Android. OpenFeint was acquired by the Japanese company GREE for $104 million last year.