Agency Comes Up With 'I Care' Button For Social Media 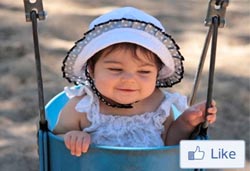 Sometimes, “liking” something on Facebook (particularly if that something is a tragedy or movement against some sort of social ill) isn’t the appropriate response. To that end, DDB Worldwide has created a new social response, the “I Care” Button.

“Around the time of the [March 2011 Japanese] tsunami, everyone was [posting stories and information] to Facebook and it felt so wrong when you were looking at these images, to be clicking ‘like,’” Matt Eastwood, chief creative officer at DDB New York, tells Marketing Daily. “We felt there must be another way to solve this problem. If you could tell people ‘I Care,’ that means so much more than ‘like.’”

Thus was born the button, which is currently in beta test with Facebook, which allows website publishers and bloggers to append it to the information they post on the web. When the button is clicked, the article (or information) is shared via Facebook.

“The hope is people can embed the code into their blogs and websites in the same way that other buttons sit at the bottom of the story,” Eastwood says. Though the code is only enabled for Facebook right now, Eastwood says the agency plans to extend it to other social networks (such as Google+) soon.

The publishers who use the “I Care” button can also customize action based on a click, potentially leading people to donate to support a cause or sign an online petition in support of a social movement, Eastwood says. In addition, DDB New York’s icare-movement.com will also collect information on which stories are garnering the most clicks, creating a real-time gauge on what’s resonating with the public.

Though the button is still in beta, MTV Networks has already picked up its use for its new MTV Voices platform, which highlights socially positive and inspirational content from a group of correspondents, international and local music artists and MTV’s audience. One article out of the UK amassed 274 “I Care” clicks, compared with 9 tweets and 64 Facebook “likes.”

“Obviously, the plan is to go way beyond there,” Eastwood says. “It’s most appropriate to news organizations and anyone who publishes a blog.”

cause-related, social media
1 comment about "Agency Comes Up With 'I Care' Button For Social Media".
Check to receive email when comments are posted.
Next story loading