Snooki Is Expecting...Both A Baby And A Puzzle App 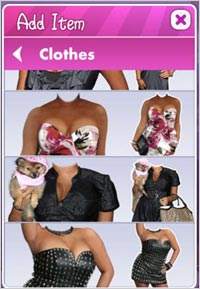 Nicole “Snooki” Polizzi has not let pregnancy slow down the app-ification of this pint-sized, cross-media, reality show starlet. The company that published her well-hyped and popular “Snookify Me” app has acquired a game engine from a third-party development studio to launch a puzzle app branded with her name.

Apps Genius, which brokered and executed the first two in a line of Snooki apps (“Snooki’s Match Game,” is also out there) bought the gaming engine for the planned branded app.

The next game is imminent, says Apps Genius CEO Adam Kotkin. He will not report download or usage numbers from “Snookify Me” or the match game follow-up, but he says there is a good network effect among the apps. “We have been satisfied with the initial downloads and attention that 'Snookify Me' has brought to our company,” he tells me.

A free “Lite” version of the app has also been released. Hard to tell how much of a splash the games have made. Apps Genius won’t release numbers, and the iTunes Store itself only shows 22 ratings for the paid app. The app has to contend with -- believe it or not -- Snooki clutter. MTV Networks has its own provocatively titled “Jersey Shore: Spread Snooki.” And there are a number of third-party knock-offs that leverage a similar “Jersify Me” model.

Still, Kotkin says, “there has been a great transition of users from our first release to our second, and we expect that to be maintained without our upcoming release.”

In essence, the celebrity becomes his or her own app network, where a suite of different themed apps can cross-sell the same loyal audience. This is the approach that another "Jersey Shore" star Mike “The Situation” Sorrentino will take as he ramps up his app line with Apps Genius. Kotkin says that he not only signed up the Situation, but other family members. No joke. We may be looking at the first app family sitcoms -- Situation and Family.

As for Snooki -- well, of course, there has been a bit of a development for her in recent months as her pregnancy became very public. The next versions of "Snookify Me" will likely include some content regarding her new status as mom-to-be. And Kotkin says the celeb is very involved in all app development. “It should come as no shock to anyone that her ideas are inspired by her current events,” he says. “The puzzle game that we are currently working on with her will definitely have a lot of inspiration from various parts of her life, including her pregnancy.”

Okay, wait -- puzzles and pregnancy. Not two concepts you often hear discussed together. Then again, Snooki and motherhood were not two concepts that any of us had to wrap out heads around a few months ago either.