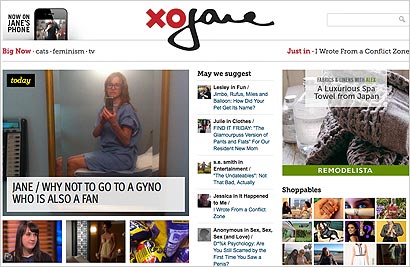 Say Media is among the latest online publishers to adopt a “viewable” impressions standard for display ad campaigns. The company, which operates a network of sites spanning categories like fashion, technology and food, has introduced a new ad format based on a cost-per-exposure pricing model that charges only for ads visible within a user’s browser.

The new Content Ads from Say Media use technology are developed in-house to recognize when an ad unit is viewable and are geared toward small and medium-sized businesses running ads against endemic content within its network.

Earlier this year, comScore released research based on a study of a dozen brand campaigns showing that nearly a third (31%) of online display ads are never seen. Studies by AdSafe and others have estimated that figure to be even higher. Ads may not be seen for a various reasons, including a slow-loading ad, users not scrolling down far enough on a page to see an ad “below the fold,” or other technical causes.

Say Media’s new ad format and exposure-based ad pricing coincides with a broader industry push to shift from the traditional “served impression” for campaign reporting to the viewable impression as part of the “Making Measurement Make Sense” (3Ms) initiative. The effort by the Interactive Advertising Bureau, Association of National Advertisers and the 4As calls for a set of standards for measuring viewable exposures, among other things.

“With studies like comScore’s suggesting over 30% of impressions on average are wasted…hopefully, moving to these types of price mechanisms is going to really get the industry thinking more holistically about how to create value,” said Say Media CEO Matt Sanchez. We think this is the right way to push it forward with a cost-of-exposure type standard.”

Companies including comScore, C3 Metrics and RealVu have launched third-party products to measure when an ad has actually been seen. Last month, comScore announced Forbes was among the first major publishers to adopt its validated Campaign Essentials solution to help guarantee online ad views. In conjunction with Forbes’ own Brand Increase Guarantee (vBIG) program, it ensures advertisers will only be charged for in-view ads.

Sanchez said, however, that he believes Say Media -- whose network of community-focused sites includes xoJane, ReadWriteWeb and Remodelista -- is the first publisher to sell ads on a viewable impression basis using its own technology. Content Ads will launch with a campaign by invite-only online retailer Vente-privee.com, which focuses on designer brand sales.

The interactive ads will typically run on the right side of the page -- either a 300 x 600 or 300 x 900 size unit -- as well as interspersed more directly with content depending on the site. In testing, Sanchez said the new ad unit has delivered an average click-through rate three to four times higher than the industry average of 0.2% for static banners.

When it comes to what actually defines when an ad is in-view, Say Media’s approach highlights some of the difficulty in setting standards. The comScore research Sanchez referred to, for instance, defines an ad as viewable if at least 50% of an ad’s pixels being in view for at least one second. That definition is consistent with current working standards outlined as part of the 3MS initiative.

But Sanchez said Say Media’s cost-per-exposure standard contains no time element in determining whether an ad was actually seen. “That’s something worth exploring as the next phase of this push. Is it a second, three seconds -- what is that amount of time? That’s a separate issue that should be studied and understood before you look at what standard the industry should adopt,” he said.