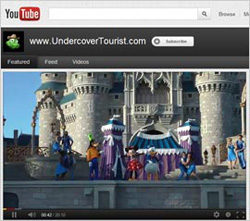 YouTube is launching a series of tools and services, among them Traffic Estimator, Conversion Tracking, and several other features and services to support advertising on Google's video site.

In Traffic Estimator, a budget, a bid and an audience target allows the tool to estimate views and impressions for the video, according toLane Shakleton, product manager at YouTube. Marketers will find the feature in the campaign management creation tool.

The Conversion Tracking for Video tool will allow marketers to compare their budgets to video views, and identify the number of subscribers generated from a TrueView video advertisement.

Additional graph options have been added, too making it easier to see and visualize the data, while hoping to provide a more consistent experience with AdWords online, such as filtering and segmenting.

Shakleton said YouTube will make sure TrueView scales across devices and platforms. "It makes sense as we continue to see viewership shift to mobile, YouTube on the Xbox and TV," he said.

YouTube also will give away $50 million in free Google AdWords advertising to support 500,000 businesses so thet can get into video. Aside from the $75 credit available to new AdWords users, the tool -- Google AdWords for Video -- becomes available to all.

In the AdWords for Video suite, advertisers will find TrueView -- a tool that only requires brands to pay for advertisements when viewers choose to watch the ad for more than 30 seconds, not just when an impression gets served. Marketers aren’t charged when viewers skip it. The cost structure aligns with research from Vindico.

Highlighted by eMarketer in a recent research note, the Vindico study suggests marketers place too much emphasis on click-through rates. Ad completion rates can become a much more useful metric than CTRs, which are often misinterpreted as a sign of success. Viewers committed to watching a long-form video are more willing to sit through ads, especially midroll. Ads served in long-form video had a higher completion rate -- 88% -- compared with 76% for ads placed in short-form content.

Google found on average that YouTube video ads increase traffic to Web sites by 20%m and searches 5% -- but Undercover Tourist, featuring an entertainment analytics tool for travelers and theme park lovers, generates better percentages. The company posts raw footage of partner theme parks, sells discount tickets, and through technology, can estimate the most crowded rides and areas in the theme park for any specific day and week. Forecasts are based on 12 years of data.

For Undercover Tourist, initial YouTube investments began at a few hundred monthly and gradually increased to several thousand, according to Undercover Tourist CEO Ian Ford. "People click, watch, comment and subscribe," he said. "From some videos, we have seen between 20% and 50% increase in traffic, when considering daily views."

It's not just the ads, Ford said, but rather the ability to track traffic from the nearly 400 YouTube videos to the company's Web site. Its YouTube channel has more than 5 million views and 5,000 subscribers. About 30% of its customers come to the U.S. from the U.K., Australia and Germany after seeing the videos. Ford plans to add theme parks in California soon, which will increase the number of videos and those promoted on YouTube.

Some 181 million U.S. Internet users watched nearly 37 billion online content videos in March, while video ads topped 8 billion for the first time on record, according to comScore. The research firm reported Google sites, driven primarily by video viewing at YouTube.com, ranked the No. 1 property in March with 146.1 million unique viewers.