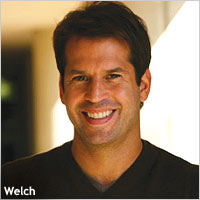 Welch said the move follows steady growth of mobile traffic across its own properties and those of publishers it works with, now accounting for 15% to 30% of all digital inventory. “In the last couple of years we’ve been investing a lot in helping local publishers monetize their online inventory, and we thought now was a good time to extend what we’re already doing to mobile,” said Welch.

The Cox Digital network spans some 2,600 sites including the Web properties of local newspaper, TV and radio stations owned by major publishers and media companies such as Gannett, Belo, and McClatchy. Besides the mobile extensions of those sites, CDS Mobile will also sell advertising on vertical content sites across some 20 categories geo-targeted to an advertiser’s specific market.

That also includes the ability to target mobile campaigns by device, carrier and time of day, among other criteria.

Without audited figures, Welch estimates Cox Digital’s mobile audience at about 90 million unique visitors per month “and growing.” The growth in mobile Web and content use has generally outpaced the ability of publishers to monetize the surge in activity on smartphones and tablets. Unsold inventory industrywide is estimated at 80%. Even so, the Interactive Advertising Bureau estimates U.S. mobile ad spending grew 149% to $1.6 billion last year.

CDS Mobile’s team of three sales people will include two in New York and one the West Coast, yet to be hired. One of the New York-based sales people is John Adams, formerly director of sales for mobile ad firm Phluant. That group will also get help from Cox Digital’s existing 20-person sales staff who are also being trained to rep mobile along with traditional online inventory.

“When we think about how we can differentiate ourselves in the market, providing a combination of online and mobile is one of the big ways we can do that,” said Welch. And advertisers would potentially have the option of getting discounted rates from a cross-platform buy. Cox will also offer publishers a suite of ad-serving technologies and tools for mobile, as it now does for Web advertising.

That’s not to say it’s a seamless shift from the desktop to mobile. Welch noted that the basic standards guiding online advertising have been in place for more than a decade. “In mobile, you’ve got so many different operating systems, versions, form factors, incompatibilities among rich media providers and networks and publishers—those standards are still forming, so you still have a lot of fragmentation,” he said.

To help smooth out that process, he said Cox is trying to follow rich media mobile standards promulgated by the IAB and others, while trying to be as transparent as possible with agencies in relation to ad serving and campaign reporting. Still, Welch believes standards and practices around mobile advertising are starting to coalesce as interest in the space increases. “That’s why we wanted to get into the game now,” he said.