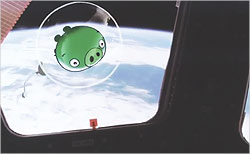 For brands reaching out to Gen Y, video is ushering in a new Golden Age of creativity

At this point, there’s no argument that video is the snap, crackle and pop of the Internet. After all, comScore reports that 181 million U.S. Internet users are watching nearly 37 billion online videos per month, with video ads topping 8 billion for the first time on record.

But thinking that popularity is what makes video so important to marketers is missing the point entirely. The true power of video is that it’s the primary communication channel for Gen Y, and for marketers that means video is the language of the future.

But for marketers, that love has created a nightmare of clutter. YouTube alone estimates that 60 hours of video are uploaded every minute, and that in one month, more video is uploaded than the three major U.S. networks created in 60 years.

We asked Angela Courtin, executive vice president of content and convergence at Aegis, to fill MEDIA readers in on what marketers can do to create videos that have the best shot at breaking through.

You’ve been at MySpace, MTV and now Aegis. What’s been the biggest change in video?

Well, there’s an incredible amount of distribution and an incredible amount of supply. There is much more access now to the technology needed to create premium content, in terms of HD and how inexpensive cameras have become, the ability to edit, even the ability to bring in talent. When you think about the talent now embracing short-form content in the digital space, it’s not just YouTube stars.

Exactly. Look at what Ileanna Douglas is accomplishing for IKEA, now in its fourth season. We get a lot of those calls now, of people representing talent, actors who are sitting around waiting for a pilot to start or a script to come along, and they want to work in the interim. They want to create content.

So if you think about access, demand, talent and audience, the convergence of those things has created a sizable opportunity to make money and create audience appeal. Those things were not there before.

It’s a wonderful time for a brand to be involved in co-creation, or integration within content that’s already been created.

What’s the biggest difference between video and TV?

TV upfronts are so big because there is a limited window to get in and be a part of these shows. Can digital create that kind of necessity and closed-window environment? I don’t think so because it’s always on.

But will it always be on? How many talking animal videos can we watch? Won’t consumers get bored?

Not if the videos are good. It all comes down to quality. If you’ve got a great story and great characters, people will watch. And the platforms will be irrelevant. Stories can migrate from TV to a mobile screen, and back to TV.

So you don’t think platforms matter?

It’s about story and characters and brand. Those are my filters. If it’s not a good story, it’s not worth telling, no matter what platform or screen you are on. What is that insight we’ve garnered, in terms of human experience? Then we can ask, “Is that where they want to consume it? How they want to consume it? What is the right platform to bring that insight to life?”

Some of the most-watched videos are TV ads, and viewers don’t know that — they never see them on TV. Does that make any difference?

The reason they get viewed so often is that they are compelling — they are great stories or funny characters. Look at what General Motors, a client, did with the Camaro. The son went and found his dad’s Camaro from the ’50s; they captured it in a 30-second spot. But if viewers searched for it online, they found a five-minute version.

In many ways, commercials can now be snapshots of longer stories, almost promotions for the longer film that is online. The lines are blurring. And vice versa — if something resonates online, can it be cut down to a 30-second spot? It resonates more if I see it on air, then search for it online. We’re widening that aperture of exposure.

Which marketers are doing the best videos?

Marketers targeting Millennial consumers. Our clients Red Bull and Adidas are doing great work, both in long form and short form. In the competition, I think there’s an amazing video called “Make It Count” from Nike. The branding is so minimal — he’s wearing Nikes, but there’s no product shot of the swoosh or anything. It just tells a great story: This guy takes $10,000 from Nike to make this film and goes around the world. It is great branded entertainment.

I think marketers using branded videos for reality programming are also fun. Diageo, another Aegis client, did a micro reality competition for Smirnoff. It was a dance contest and the winner got to go on tour with Madonna. So the company leveraged this considerable asset to build brand equity.

Smart marketers look at their portfolio of assets and say, “How can we create content experiences that exploit that?” That’s the Holy Grail of video: bringing together things that already exist with new content.

Are marketers still afraid of video, this sense that a viral video could harm a brand?

It’s less so. Marketers are more likely to understand that when you put your brand out there, consumers will want to manipulate it, in some ways good and in some ways bad. You have to prepare for both. And as brands see themselves as media producers, they have less fear, because they have more content out in the world.

As consumer sophistication grows, are they likely to be irritated as they realize that what they thought was a funny amateur video is actually a commercial?

There are plenty of consumers out there who enjoy transparency and authenticity, especially among Millennials. Coca-Cola has done a great video about what it wants to accomplish, and what it intends to do for its customers. And I think people who love cat videos won’t mind knowing that a company like Friskies made it. It’s something that’s of value to me, as a consumer. We tell marketers they need to be more transparent about what they want in videos.

But let’s be honest. More people have watched the video of Diet Coke exploding with Mentos than anything about its business model. And let’s just say, for the sake of argument, that people who watched those videos actually thought Coca-Cola had produced them as a type of marketing? Or that McCormick was behind the latest cinnamon challenge craze?

Hmm. I think most young people would find it pretty cool if they thought Coke sponsored that — putting your brand in the position to get parents upset that you’re teaching people how to explode things! And with the cinnamon, there are so few ways for brands to break through the noise. Brands don’t have to be educational — they can be entertaining and inspirational. The more they can wrap around things I care about, the more likely I am to be a loyal consumer.

For a brand, that’s the challenge: How do you find those things that enough people care about?

You make a great point. Moms are probably looking for how-to cooking videos with cinnamon in them; teens are looking for cinnamon videos to make them throw up on camera.

Is it OK for marketers to use a completely different tone of voice for each audience?

Brands have to change the tone of voice for the audience they are speaking to: Men are different than women, Millennials are different than Boomers. And when a brand starts to speak to all of them at once, they speak to no one. For brands to be credible in the video space, they need to understand the culture, and be a leader in the culture. Look at cars: Before, we talked about automobiles being a way to freedom. Today, young people don’t see cars as freedom, but as a disconnection from all the things they care about. They can’t text. They’d rather be in the backseat with their headphones, texting and tweeting. So how could a car company have the same message for both audiences?

What role does social play?

You can’t just have video without social. We call it the connected culture. People can connect in their own ways and create the pipeline that you should respond to next.

What is your struggle with metrics, when talking to clients?

It’s the age-old problem. We are at least beginning to measure integration, both online and off, so we can look at how many people view a video, plus social listening. We can’t put a value on that yet, but we know the value extends beyond simple views. Is it community building? Can we follow them to see if they eventually become consumers?

Is that still the big unanswered question for video?

Yes. It’s learning what type of video leads to purchase consideration. And in most cases, we actually have more opportunities for conversion in the digital space — you’re a click away. So how can brands really help that experience? I would like to know that we create a video that not only leads to greater engagement with the consumer, [but] also to greater sales.