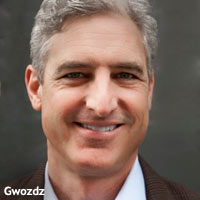 Newly public companies like Facebook, LinkedIn and Pandora have underscored the need for social networks and Web publishers to monetize a growing influx of mobile traffic. But online ad networks are facing the same challenge with a rising share of impressions coming from mobile devices. To address that demand, Mojiva’s Mocean Mobile division has rolled out a new mobile ad-serving service geared specifically to ad networks.

To date, Mocean’s 30 or so ad network clients have adapted its platform intended for individual publishers to their own uses without the full functionality of a network ad server. But with the launch of the company’s new MAST (Mobile Ad Serving Technology) for Ad Networks offering, it aims to provide a customized technology for networks, including rich media ad-serving and real-time reporting and measurement tools.

The idea is to help ad networks monetize mobile impressions that might have otherwise been wasted.

“Over the last year-and-a-half, we’ve been approached by an increasing number of online ad networks saying, ‘Hey, I’m getting so many pings from mobile users onto the content I represent. I have no way to monetize this stuff that’s becoming a significant part of my impression count. And I’m losing money,” explained Mojiva CEO Dave Gwozdz.

Research released by Kleiner Perkins partner and Internet guru Mary Meeker this month showed that the mobile proportion of global Internet traffic last year doubled to 10%, with that share only expected to grow. LinkedIn, for example, recently said mobile now accounts for 22% of member visits.

Mocean, which counts Skype, Research in Motion and TV Guide among its clients, just began serving ads on Microsoft’s mobile properties, starting with MSN, after a six-month integration process. Given the billions of mobile impressions involved, that should also benefit Mojiva’s top line.