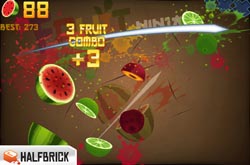 Mobile advertising Flurry may be best known for its analytics offering, detailing how mobile users interact with apps from time spent to page views, along with overall audience data. But until now, the company has not provided analytics focused on ad performance within apps.

With the launch of its new Ad Analytics service, however, the company will provide measurement on ad clicks and app installations for in-app campaigns across multiple networks including Apple’s iAd, Google AdMob, Millennial Media and Flurry’s own AppCircle network for developers to promote their apps.

The aim is to help developers determine which mobile platforms and ad networks deliver the best results for a given campaign.

For the 70,000 developers using Flurry’s existing analytics tool across 190,000 apps, no extra download or integration is needed to use Ad Analytics. “This is one of the top features (developers) asked for because they spend a lot of money on customer acquisition… Whatever an advertiser defines as a quality result, you can compare that across all the sources you’re buying from,” said Peter Farago, Flurry’s vice president of marketing.

Developers, for example, can measure and compare the 30-day retention of app users coming through different campaigns or traffic sources. They can also use new analytics tool to track post-download use according to demographics, how often or for how long an app is used, or actions like social-sharing and in-app purchases.

Flurry estimates app marketers will spend $1 billion worldwide to attract new users this year. But instead of simply buying quantity, the company says it wants to help clients buy smarter by using Ad Analytics to target the right mobile audience for a given app. The service isn't free, like Flurry Analytics -- the main analytics product which users are required to integrate in order to access the new ad tool.

Ad Analytics will be priced on an app per-install basis, starting at five cents per install, with the price declining as volume increases. The new ad measurement service will be available starting in July.