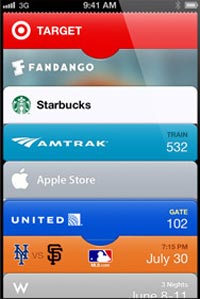 While reports have been mixed about how well Apple’s voice assist is being picked up among iPhone 4S owners (I use it to avoid texting, myself) the company is doubling down on the feature in the next version of the iOS operating system.

iOS 6 was introduced to developers yesterday at the World Wide Developers Conference in San Francisco. In a marathon keynote from the company that also included new iMacs and a MAC OS X operating system, executives walked through the upcoming iPhone/iPad OS revision.

Siri becomes an even better listener in iOS 6. She now can recognize sports trivia questions and return answers in sports card formats. Voice searches for restaurants will render nearby venues with ratings and click to reserve options via a partnership with OpenTable. Likewise, Rotten Tomatoes is providing mobile listings and reviews.

Siri now can launch apps and even post Tweets. The company has introduced Eyes Free, a technology that ties in-car driving column controls to the connected cell phone for posting messages without losing control of the car. Apple is working with carmakers to integrate the technology in future models. BMW, Mercedes, Audi, Toyota and others were named as among those aiming to deploy Eyes Free in the next year.

The video calling service FaceTime gets long-awaited compatibility with cellular networks. The feature, introduced over a year ago with the original iPhone 4 and extended to the iPad 2, had only been accessible if both devices were on WiFi networks.

Apple also introduced, as expected, a new mapping system to replace the Google-sourced maps that have been standard on iOS since it launched. The new app catches up with Android by integrating turn-by-turn navigation. There are also realistic flyovers and 3D views, Siri in-map searching, and real-time traffic updates with suggested re-routing.

In updating the status of iOS, Apple executives said that 365 million devices running the OS have been sold to date, with the overwhelming majority of current users on the iOS 5 version. Its iMessage platform passed 1 billion messages a day. And since Twitter was integrated into iOS 5, there have been 10 billion Tweets from iOS devices. GameCenter has accrued 130 million multiplayer game accounts and posts 5 billion scores a week.

Passbook may be the most interesting feature that Apple is adding to its suite of iOS apps so far as marketers are concerned. This app is supposed to be a repository for passes one gets from other apps, such as mobile movie tickets from Fandango, coupons, loyalty cards, boarding passes from an airline, and a gift card from Starbucks. The app is geolocation-aware, so it can notify you when an offer is contextually relevant. Developers can use the SDK to pass items into the Passbook, and the content can be dynamically updated for deal changes, altered departure gates, etc.

This is an interesting app because it may suggest how Apple will be getting behind m-commerce. Clearly, it tries to streamline many of the kludgy operations involving m-commerce, from redemption to loyalty processes. But it may also foreshadow the eventual integration (in iPhone 5?) of NFC payments. After all, what better way to encourage m-commerce than to pull all of the items that an NFC m-payment/redemption/loyalty infrastructure might use into an app that is available at the lock screen.

And look at how Apple may have found a way to insert itself into the m-payment flow by crafting, in essence, a mobile billfold of its own.