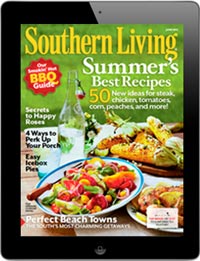 Print subscribers can get access to the digital versions of their print magazines at no additional cost. Single-copy sales are also available. Time Inc. CEO Laura Lang said the digital subscription plans are “an important step toward fulfilling our goal of being everywhere consumers want us to be.”

Separately, a new forecast from eMarketer predicts that the total number of U.S. tablet users will more than double from 33.7 million to 70 million this year, with Apple’s iPad remaining the dominant player in the market.

Hearst Corp.’s Food Network Magazine continues to buck industry trends, with plans for not one but two rate base increases in 2013, reflecting strong consumer interest and circulation growth at the title, which launched in 2009. The first increase, which takes effect with Food Network’s January-February issue, will increase the rate base 3.4% from 1.45 million to 1.5 million; the second increase, effective with the July-August issue, will again raise it by 50,000 to 1.55 million.

Martha Stewart Living Omnimedia has named Michael Robinson to the new post of vice president for e-commerce. Robinson, who has worked for retail brands like Anthropologie, Smith & Hawken and Banana Republic, will be responsible for building its e-commerce business, including a site produced with JCPenney.

Michele Murphy has been named associate publisher for marketing at Prevention, responsible for developing strategic integrated advertising and marketing platforms for the brand. Murphy previously spent 10 years in marketing leadership positions with Rodale and Prevention from 1996-2005. More recently, Murphy spent five years at the National Geographic Society as vice president of global marketing.