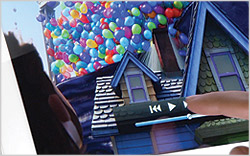 Mobile devices -- tablets in particular -- are gaining quick acceptance among consumers as the place to watch video content.

According to J.D. Power and Associates' 2012 U.S. Residential Pay-to-View Study, nearly a fifth (18%) of pay-to-view customers (such as Netflix and Hulu Plus subscribers, as well as Blockbuster/Blockbuster Express, Redbox and Apple TV) use their tablets for viewing content, up from 11% in the previous year. Viewing on wireless phones also increased to 16% from 14%, while viewing on PC’s and Macs declined to 39% from 45%.

“It started out as a novelty, but actually watching paid content on a mobile device was a new idea,” Frank Perazzini, director of telecommunications at J.D. Power, tells Marketing Daily. “But the iPad and Kindle Fire have changed the game in this area. … [The tablet] is much easier to hold and a better viewing experience.”

Meanwhile, overall satisfaction with pay-to-view video services remained high with an average of 750 on a 1,000-point index scale. (The score from 2011 was 743.) A major factor in the increase of overall satisfaction came from Baby Boomers, whose average score was 748 (up 18 points from 2011). (Conversely, satisfaction for Generation Y decreased 18 points to 752, a drop Perazzini attributed to youth searching for the next big thing and balking at increasing costs and customer service. More members of Gen Y cited mobility as a major factor in selecting a service provider than Baby Boomers, as well.)

Elsewhere in the study, gaming consoles continue to prove their central place in a home’s entertainment hub. While only about a quarter of customers viewed paid content through a gaming console, those who did watched more (6.3 hours) than those who did so on a PC/Mac (5.3 hours), phone (4.9 hours) or tablet (4.4 hours). At the same time, the study found significant overlap in consumers watching programming both through subscription services and through video providers such as cable companies, Perazzini says. Cord-cutting of those switching to an Internet-only play remains in the low-single-digit percentage rates, he says.

“[Streaming video] is a great complementary service, and it ingrains them on the family for entertainment,” Perazzini says. “We could see gaming consoles replace converter boxes in some ways. We see a lot of VOD and over-the-[Internet] viewing as being complementary.”