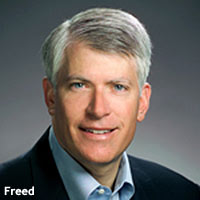 The ForeSee Annual E-Business Report released Tuesday finds that satisfaction with search engines fell one point to 79 this year. Portals and Search Engines remains the top category in the ACSI E-Business Index. Customer satisfaction rose by more than 25% since adding the category in 2000.

Only two points separate the top three search engines. Google leads once again this year at 82. Microsoft Bing came in No. 2 with 81, and Ask.com at No. 3 with 80 after a significant 7-point gain last year. MSN and Yahoo tie with 80 points, respectively, and AOL follows with 74.

When survey participants were asked to identify the best feature about Bing, 55% of those surveyed liked the ease of use. When asked to estimate the percentage of searches conducted on Bing in a typical week, 54% said they conduct between 76% and 100% of their searches on Bing, compared with 51% on Google.

In the long term, a decline in customer satisfaction --  loyalty, return site visits, increased sales, and positive word of mouth -- could impact a company's growth and where marketers put budgets, according to Larry Freed, president and CEO at ForeSee.

ForeSee also conducted supplemental research on advertising in an effort to guide companies trying to make investments in ad budgets.

The aggregate score for social media fell one point to 69, making this category one of the lowest-scoring measured by the ACSI. In fact, only three of 47 industries underperform social media: subscription television services at 66, print newspapers at 65 and airlines at 65.

Wikipedia, at a score of 78, led the social media category this year, as it did last. It tied this year, however, for the top spot with newcomer, Google+, which debuted in the index with a score of 78. If Google keeps the score, the social site could become a formidable competitor to Facebook, Freed said.

Aside from Google+, this year three other social media sites joined the e-Business category: Pinterest at 69, Twitter at 64 and LinkedIn at 63.

Facebook at 61 remains the lowest-scoring social media site measured individually in this report, declining 8% in customer satisfaction compared with last year. It turns out that Facebook measures the largest drop in the e-business category for 2012. Some 19% of Facebook users participating in the study said ads frequently interfere with their experience.

"The public perception is that Facebook makes frequent and unnecessary changes to the user interface and forces them down people’s throats," according to the ForesSee Index. "As soon as they get used to one new interface, there is another rolling out. In fact, when asked what they like least about Facebook, a significant portion of respondents specifically mention the 'timeline' feature."

Only three of 16 companies slightly increased their satisfaction scores. All are from the News & Information category. FoxNews.com had the largest gain: 2 points to 84. CNN.com and NYTimes.com both registered small increases: 1.4%, 75 and 74, respectively.