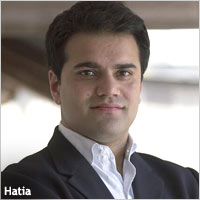 Omnicom PR shop Fleishman-Hillard today launched a new unit dedicated to helping companies communicate with the world’s 1.8 billion Muslim consumers. Based in Malaysia, the new operation is called Majlis, an Arabic term referring to an assembly for dialogue.

The unit will be overseen by Yusuf Hatia, who will retain his duties as managing director of client services, Fleishman-Hillard India.

"Nearly 20% of the world's population is Muslim and organizations are already looking at how they can engage with this fast-growing market,” Hatia stated.

He added that the Majlis operation’s strategic focus will be providing companies “with a sounding board and solid advice on how to best engage with Muslim communities, which apply a disciplined set of moral principles when making purchases."

The company said that Muslims represent a “sweet spot” for marketers because of the demographic’s growing middle class and its relative youth -- about half of the Muslim population is under the age of 25.

The Muslim population is expected to grow 35% by 2030, per Fleishman. Globally, Muslim spending power is estimated at over $2 trillion, with more than 60% accounted for by food, another 26% to pharmaceuticals, while 11% is devoted to cosmetics.

“The Muslim market is large, lucrative and underserved,” Hatia states in a research report entitled “The Next Billion, The Market Opportunity of the Muslim World," which he co-authored with market research expert Paul Temporal.

The Halal economy -- goods and services certified by Islamic law -- is already commanding the attention of multinational corporations, per the report, which notes that Nestle generated $5 billion in revenue in Halal products alone back in 2008, the last year for which a figure was available.