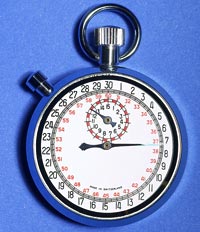 Similar to targeting search and display ads based on the time of day and day of the week, serving the correct ad to consumers on mobile requires research and skill. Mobile ad network Adfonic, which supports about 5,000 campaigns monthly, focused part of its second quarterly Global AdMetrics report on pricing and performance for verticals like automotive, retail, travel, style and fashion, dining, social and dating, and more. The report also breaks down the findings by time- and dayparting campaigns.

Performance increases with targeting. Search retargeting plays a role as well. For Automotive, mobile CTR rates generally peak after 6 p.m. at 15% above the average; and for FMCG & Retail, about 20%. Style & Fashion and Lifestyle & Health achieve higher morning CTRs, and only News & Education achieve 7% performance between midnight and 5 a.m. Travel peaks between 6 p.m. and 11 p.m., according to Adfonic's report.

Aside from the time of day, the day of the week matters. Performance rises on Saturdays 6% above average. It makes sense that on Social & Dating performance rises to 26%, FMCG & Retail 21%, and Automotive +20%. Monday has the lowest CTR, down 5%; except for Lifestyle & Health and Style & Fashion. Both rise 6%. Wednesday proves the best day for FMCG & Retail, up 9%, but the worst for Social & Dating, down 22%.

When it comes to devices, Google's mobile operating system (OS) Android surpassed Apple's mobile OS, iOS, in Q2 2012 to become the most popular platform for mobile advertisers. Adfonic's global marketplace shows Android increasing its share to 46% in Q2, up sequentially from 38%, while iOS declined to 34% from 45%, respectively.

The Adfonic report analyzes findings based on tens of billions of ad requests processed monthly by the Adfonic marketplace. The Q2 2012 report draws from analysis of thousands of mobile advertising campaigns, spanning nearly 15,000 mobile sites and apps.