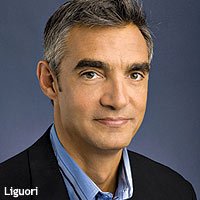 The Carlyle Group, one of the private equity entities with a stake in Nielsen, has hired former Fox and Discovery executive Peter Liguori in a consulting role. Liguori advised Comcast during the acquisition process of NBCUniversal and will advise the Carlyle telecommunications and media operations.

Carlyle offered some specifics, such as that Liguori “will provide strategic guidance … throughout the investment process, from sourcing to acquisition to exit, and advise portfolio company executives on management, operational and growth strategies.”

Recently, Carlyle has taken a role in the sales process of AMC Theatres and Insight Communications in the U.S., but it has a slew of investments globally. It was involved in the Nielsen buyout in 2006 and continues to have a stake in the public company.

James Attwood, who heads Carlyle’s telecommunications and media team, stated that Liguori is a "seasoned executive who has run several important media businesses and understands how to create value.”

In his recent role at Discovery as COO, much of his role included trying to resuscitate the OWN network.

At Fox, Liguori oversaw the flagship network and led FX. He is on the boards of Yahoo, MGM and Topps.