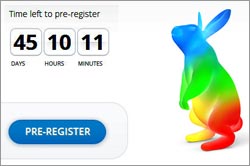 Google became a service provider Thursday with the official launch of Google Fiber. The service initially rolls out to support television and Internet access in Kansas City, but a company Web page lets consumers enter their street address to request access in their area.

The company's intention is to compete with Verizon FIOS and AT&T U-verse, giving consumers another option for TV and Internet service. Cloud services will play an important role, along with devices the company will build through the acquisition of Motorola Mobility and its patents.

The Nexus 7 tablet comes free with the service, becoming the remote. Through apps, the tablet aims to take consumers beyond a standard remote's search, allowing viewers to watch content on the device in any room in the house.

Google has yet to announce a "Google-Fiber specific ad model," but it will likely encompass Google+, YouTube, search and display, as well as retargeting and real-time bidding for programmatic ad buying cross-platform and device.

The package doesn't include a specific voice offering, but the broadband service allows consumers to use numerous voice services (VOIP) that operate across broadband connections. Google Voice remains one of several examples.

With Gigabit Google Fiber TV, Google promises hundreds of on-demand shows and channels, such as Animal Planet, CNBC, CBS Sports, Discover, as well as DVR storage, access to movies through Netflix and YouTube.

While the focus is Kansas City in Kansas and Missouri for now, a source says Google will work to bring ultra high-speeds to other communities.