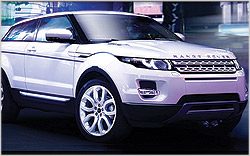 All things being equal, when it comes to new-vehicle quality, all things have gotten to be pretty much equal, as automakers have reached near-parity with regard to catching major product flaws and snafus. And that could be a challenge for automakers that have traditionally had the edge in the perception-of-quality department.

Strategic Vision's new Total Quality Index, calculated from 45,390 buyers who purchased 2012 models from September to December last year, found that Toyota had the fewest number of things that went wrong versus the others, and the problems that did occur weren't very big for Toyota owners.

But the firm argues that because other automakers are also making their vehicles dependable and reliable, automakers in general should be putting their focus on vehicle attributes that carry a lot more psychological punch vis à vis perception: design and styling, for example, and innovative product attributes that make owners love their vehicles, not just admire their quality and durability.

“Full-line corporations like Toyota and American Honda Motor are as strong as ever in terms of percentages of people reporting problems. It’s just that others are doing such a great job also, and they have excelled in providing the kind of innovation that influences perceptions of quality,” said Strategic Vision VP Christopher Chaney in a statement. “Look at the Chevrolet Volt. It may not be a sales leader, but those who purchased it were heavily influenced by a number of quality cues that made it a segment leader in Total Quality.”

Thus, argues Strategic Vision, if innovation is strong enough to make owners love their vehicle, then their perceptions of that vehicle's quality enjoy a boost. The firm says the Land Rover Evoque is a prime example because of its "incredibly motivational styling and impactful interior experience." That vehicle rates number one among all near-luxury utilities. Nissan Armada won in large utilities.

The study reports a record low number of problems, with only 17% of owners reporting them. Of all automakers, Toyota had the lowest score strictly in terms of reported problems. Honda also had a strong score by the same measure, while leading in Total Quality in three segments with Accord Crosstour, Odyssey and Ridgeline, which won its category for the fifth time.

But Strategic Vision says in terms of Total Quality, which measures how closely the experience of quality matches customer desire, Volkswagen Group of America leads overall because of high scores for Golf, Eos, and Tiguan as well Audi segment leaders A4 and A8. Ford Motor Company and then Chrysler Group are second and third overall, with Chrysler the most improved brand for cars like the Fiat 500, which won the small-car segment, and Dodge Charger and redesigned Jeep Grand Cherokee.

The new MINI Cooper Coupe had one of the highest Total Quality scores in the industry.