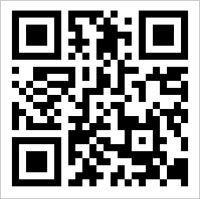 There are few media platforms more in need of some digital juice than print. As ad pages and newsstand sales plummet, magazines and their advertisers are becoming especially aggressive this year in leveraging mobile activation codes to make that digital link with paper.

According to its latest quarterly survey of the top 100 national consumer magazines in the U.S., Nellymoser finds the instance of mobile codes up 107% between Q2 2011 and Q2 2012. In all, the code counters tallied 2200 QR codes, digital watermarks and Microsoft Tags in the 100 largest-circulation generally available magazines. Just last quarter they counted 1365, reflecting a quarter-over-quarter increase of 61%.

Magazines reached a kind of mobile milestone last quarter in that every one of the top 100 magazines Nellymoser perused had at least one code. And 90% of the titles had more than 10 codes in the quarter.

The count is likely to go up considerably in the next report, since the all-important September issues of many magazines are going all-in for mobile activation. A number of titles are using image recognition techniques to make almost every ad actionable. GQ plans to mobilize every ad in its September issue, while Seventeen will have over 250 mobile-ready images.

Mobile activation is emerging as a standard operating procedure for some print ads. In just a year, the share of print ads with codes has risen from 5% to 10%. QR codes continue to be the leading form of activation, with over 80% of the instances. But watermarking and image recognition techniques via augmented reality apps have emerged as important areas of growth. On the editorial side, magazines prefer the less intrusive nature of triggering technologies.

And as has been the case for quite some time, video continues to be seen by marketers and content providers as the biggest payoff to users who snap and send a mobile code. Forty percent of the codes that Nellymoser activated (and they say they activate them all) led to a video experience. Entering sweepstakes or opting in to some form of subscription content was next-most-popular (19%), followed by links to social media (18%) and online purchasing (14%).

And while the mobile codes are intended to link the user to mobile experiences, the scourge of the mobile misfire remains with us. According to Nellymoser’s analysis of the post-click experiences, a quarter of the landings were not optimized for smartphones. The problem of broken links and codes that simply do not scan properly persists.

Among the top advertisers using codes in their print assets, Sally Hansen had twice as many mobile codes (64) as the next-highest users John Frieda (32). But a range of industries were represented among heavy mobile code users: Infiniti (27), Nivea (26), Cuisinart and Tyson (25 each) and Progressive (23). Beauty, home, health, auto and food & beverages were the product categories that most used codes during the quarter. Nellymoser notes that the auto category saw a huge jump in using the print-to-digital platforms, from 81 codes in Q1 2012 to 195 codes in Q2.