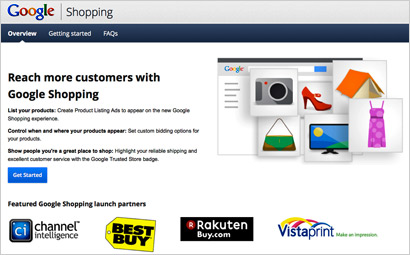 Google announced at the end of May that it would transition Google Product Search into Google Shopping, dropping the free service that requires merchants to pay for product listing ads (PLAs). Similar to a distributor, Google's online service connects people to brands and products. And while some merchants struggle with the transition from a free to a paid model, it has become clear that the change remains one more step by Google to clean up the garbage online and restructure the Web.

Didit cofounder Kevin Lee said the company acquired Inceptor for the company's expertise in feed management, optimization and PLA. Digital marketing company Kenshoo on Tuesday released a PLA function as part of its enterprise and local platforms that provides tracking and reporting for the platform and custom PLA bids.

In a Google+ Hangout, where Jon Venverloh, senior manager of Google Shopping, details how to create listings, it almost sounds like a way to change the perception and force merchants to keep updating accurate product descriptions. These merchants once viewed the site as a free way to get traffic and neglected the data.

So when Google's Venverloh describes how merchants provided inaccurate data or when Kenshoo and other companies describe a PLA tool that allows search marketers to manage tracking within data feeds and the ability to better predict PLA revenue per click based on set bids, I know exactly what that means.

Venverloh also said traffic on the free site was hard to predict because ranking was based on Google's search algorithm in which merchants had no influence on the site. The site also gave merchants too few opportunities to differentiate their services. And the product listings were ranked by a relevance measurement and a bid signal, whereas Products Universal in search query results was ranked solely by relevance. With Google Shopping the engine combines both.