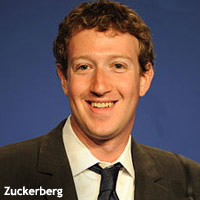 The world watches and waits for Mark Zuckerberg to announce a search engine to rival Google, but the search engine the Facebook CEO plans to build will integrate capabilities closer to Ask.com.

Zuckerberg told an audience at a TechCrunch Disrupt event in San Francisco Tuesday that he believes search engines will evolve to provide some sort of question-and-answer (Q&A) type query. Facebook members will type in more than a keyword and ask for something relevant in return. "I have a specific question; answer this question for me," he said. "Facebook is well-positioned to answer questions, such as what type of sushi restaurant have my friends gone to during the past six months in New York, and liked?"

Facebook processes one billion queries daily without trying, Zuckerberg said. The vast majority of people search to find other people, but a significant portion of the queries are people trying to find brand pages and apps. Some link the act of searching to commercial behavior, and he believes there's a big opportunity in search related to questions and answers.

When will we see Facebook listed in comScore's list of "explicit" U.S. search market share statistics as a Q&A site? Not this month, but perhaps by the end of the year.

In August 2012, queries on Bing, Ask and AOL rose sequentially, while Google and Yahoo declined. All but Yahoo saw a year-on-year increase.