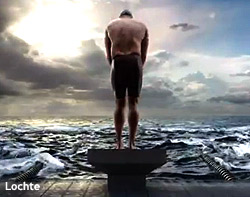 The media research firm determines likeability based on the percentage of adults who remembered the ad, remembered the brand and liked the ad. Using that criteria, the top-rated ad was AT&T’s 30-second spot featuring a young athlete inspired by watching (on an AT&T-powered device) Eaton clinch the decathlon gold by winning the 1,500 meter race at the Olympics.

That ad had a likeability score of 32%, compared to a norm of 14% for the wireless category. Another that ran frequently during the Olympics broadcasts featured U.S. swimmer Lochte appearing to swim across the ocean to arrive at the Summer Games in London. It came at No. 5, with a 17% likeability score.

“AT&T was able to capitalize on the timeliness of the London Games with innovative, ‘real-time’ ads, using actual London 2012 footage in their ads, sometimes including events that aired just hours prior. Repeated imagery of athletes achieving and exceeding goals resonated with viewers,” stated a Nielsen blog post.

Verizon managed to prevent a complete AT&T sweep by taking fourth place with a  Father’s Day spot in which a father and son shopping in a Verizon store manage to bond over the 4G Droid Razr, albeit mainly through gestures and grunts. Now if AT&T could only do as well against its wireless rivals in customer satisfaction ratings.