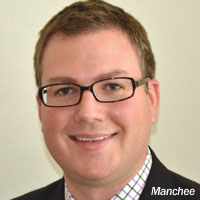 Thanks to digital innovations, drive time will never be the same

What’s the most expensive computer you have ever purchased? No, it wasn’t that tricked-out MacBook Pro. It was your car.

Your car is the most expensive computer you will ever own. What’s fascinating is that on average you will replace your computer and your car at nearly the same frequency — every three to five years.

Hopefully you are not replacing both at the same time.

Last year, nearly 13 million new cars were sold, and this year jd Power expects the number to be closer to 14 million. And while computer sales were over 414 million and smartphone sales were nearly 488 million, your car is not just a super computer that can go from 0-60 in 6.7 seconds.

The time spent in your car is one of the few parts of the day during which your multitasking is limited but your time spent is extensive. The average U.S commuter spends nearly an hour each day in her car. In some parts of the world, this figure is even higher; in the U.K., for example, commuters are in their cars for an hour and a half.

Having spent time over the last couple of months in nearly a third of the top 20 worst commuter cities (Mexico City, São Paulo, Los Angeles, Toronto, Houston and New York), I started thinking about how I could make better use of this time.

Should self-driving cars become a reality, we’ll all become passengers with a substantial amount of free time on our hands.

There are some amazing ideas building on existing technologies. Some even re-create familiar automobile features.

We are seeing connected cars that can do more than just deliver traffic information or make emergency calls. Cars will also become customized infotainment that harness the power of connectivity and distinct personalization.

One of my favorite examples is from gm and a design academy. Playing with the notion of the window as a portal to the outside world, they invented a car window that allows passengers to play games, connect with their social networks, or even learn about their destinations and current locations. I see this and know that the world is a better place for my children, because as a kid I remember the monotony of “I Spy” and trying to find license plates from all 50 u.s. states.

Earlier this year, I had a chance to spend some time with Tesla Motors. I was blown away by the technology — not just the technology that ran the car, but also technology allowing the consumer (who is also a driver or passenger) to interact with a touchscreen interface that is nearly the size of two iPads.
As I saw these types of interfaces and screens, I begin to think about what opportunities are available to connect with consumers.

My GPS knows where I am, where I am going, and what time I’ll get there. It also knows what I will pass along my route.

Several years ago, I worked on an online banner campaign for a fast-food restaurant that had a simple concept; a consumer would enter his address and the program would then determine which of its locations would be most convenient for him.

It was a good idea, but honestly it was cumbersome and lacked the situational relevance that a similar type of execution could achieve directly on my car’s gps/in-dash display. One day, my car may retain what stores and restaurants I prefer, and will use this information to optimize its suggestions.

Do we look at this as an online, mobile, out-of-home, radio, or some other type of media buy?

It’s important to remember that  — as much as we want the latest technology with all the amazing design features — we still want to be comfortable, rather than overwhelmed to the point of losing perspective. The design needs to be built with the consumer in mind, without intimidating or condescending to us. This is true in how we engage technology from a marketing point of view.

Like a successful advertisement, great technology will become ubiquitous and fade into the background. The proper balance between tech and what is natural will be adopted and adapted. Automation will increase efficiency and give us more time to sit back and relax, work, or be entertained. And savvy marketers will be able to take advantage of these evolving media and connect with consumers wherever they are. Even if it means sitting in stop-and-go traffic on the commute home.