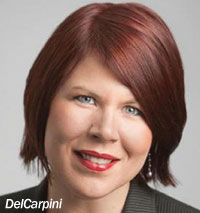 With the success of GoFurther.com, more marketers will refine how, when and why they buy domain names

Ford launched one of its biggest-ever branding campaigns earlier this year, and it did so quite unconventionally. The Big Three automaker retired “Drive One,” a slogan now familiar to U.S. customers and introduced the tagline “Go Further” to a global audience.

Ford is investing a lot in this campaign. In fact, it’s been reported that the company has dedicated the kind of budget usually reserved for new car launches. At an event in Detroit announcing the new campaign, Ford’s group vice president of global marketing, Jim Farley, told automotive journalists, “Every part of the world is launching [Go Further] on a car-launch level.”
Director of marketing communications Matt Van Dyke followed by saying that spending would be “consistent with how we launch a product. We have to use every single channel to bring Go Further to life.”

While it’s been reported that Ford is spending between $30 and $50 million on the campaign, what’s most interesting is how it spent a mere fraction of that budget ($10,000, to be precise).

The first ad to run in any new campaign plays an important role, setting the stage for long-term success or failure, which is why Ford’s strategy was so significant. The campaign’s first TV spot spends 60 seconds displaying beautiful images of new cars and highlighting their high-tech features. However, the ad never mentions the manufacturer or shows a car adorned with the recognizable blue oval. The only identifying feature appears on screen a little more than a second before it fades to black. The ad ends and, in a quick flash, we see the domain name: gofurther.com.

Almost immediately after the commercial aired, Ford garnered 3.4 million views to the site, as many views as auto brands see in campaigns built around the Super Bowl. Ford’s strategy of emphasizing product over brand clearly paid off. While Ford is spending tens-of-millions on this campaign, it wouldn’t have worked without the right domain, which it purchased for a comparatively paltry $10,000 a few weeks before the campaign’s launch. To put it in perspective, that’s less than 0.03 percent of its total budget spent on one of the most critical components to its overall strategy.

On the secondhand market, domain names can cost anywhere from a few dollars to a few million. Regardless of the price paid, they can be a good investment. Much like real estate, a domain has unique properties that dictate its value in the marketplace. That said, much of a domain’s value depends on how it is put to use. Some companies do a good job of buying keyword domains to help boost organic search results; some invest in “category killer” domains that give them instant credibility and traffic from people typing generic terms into the browser’s address bar; and some are masters at managing an entire portfolio of names for these — and dozens of other — reasons.

With gofurther.com, Ford continues to raise the online marketing bar. Over the past few years, the company has not only successfully reinvented its product with sleek new designs and high-tech features, but has also reinvented its image through savvy use of social media channels such as Twitter and Facebook, and the thoughtfulness it has put behind domains.

Domains have become such an integral part of how we navigate the Web that many people have started to take them for granted. Ford is a great example of a company that uses domains strategically (and proves the effectiveness of doing so). Any good marketing team — especially those working with consumer products — knows that they should be on Twitter and Facebook, but every tool has its benefits and its limitations. While social media can serve a distinct purpose, it’s important for marketers to remember that their domains are their homes. It’s the only online presence where a company has complete control and 100 percent ownership of its online real estate.

A $10,000 price tag may seem like a lot, but when considered in the overall context of Ford’s Go Further campaign, it was a bargain. Companies that strategically shop for domains that fit their brands, campaigns, keywords, or marketplace can find real value in a name. They just have to remember to look.

cars
1 comment about "Ford Bets Big on Domain Strategy".
Check to receive email when comments are posted.
Next story loading