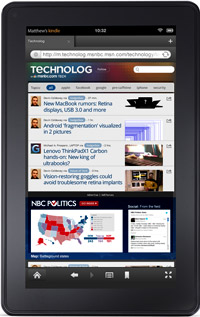 If there is a red line delineating the church and state of journalism, some big news publishers have just crossed it -- introducing a spate of new "native" advertising formats that blur the line between advertising and editorial content in new ways, including brand-produced videos served directly in the news organizations’ video news players. The publishers, which include NBC News and Forbes, are not sheepish, much less apologetic about moving the line more to the advertisers' side of the ledger, but say it is part of an inexorable -- indeed an inevitable -- shift merging the "storytelling" of their organic journalism with those of their advertisers.

The shift, they say, is being driven by a combination of factors, including business pressures to develop new revenue models, as well as changes in the way consumers -- especially digital users -- consume and even think about news content.

As part of its redefinition of news consumers around new "persona"-based audience segments (Online Media Daily, Oct. 3), NBC News Digital is also introducing a variety of new "native formats" for advertisers to integrate their own video content directly into the same video players and formats they use to disseminate news. As blurry as that line might appear to users viewing the new ad formats on computers, they are even less distinguishable in mobile video formats where screens are smaller and some of the contextual elements that normally help viewers understand and navigate around a Web page are either missing or less apparent.

All of the new formats carry obligatory copy labeling them as "sponsored" content, but the publishers acknowledge that the goal is to make them look more "native" so that they appear more in the context of organic news content.

"Native advertising is really just more relevant advertising," explains Kyoo Kim, vice president-sales of NBC News Digital, adding: “If we can figure out how to earn a place on that infinite loop, whether it is a mobile device, a tablet, or a smart TV, then we are creating an environment and product that is more relevant to that experience."

By "infinite loop," Kim was referring to a new news consumption behavior that NBC News says it has uncovered as part of its research into the new news consumer personas, especially the so-called "Always On" consumer that is constantly connected to news feeds from the moment they wake to the moment they go to sleep, accessing it from various platforms and devices throughout their day.

Those consumers, Kim says, expect advertisers’ content to be more integrated with their overall news consumption.

Kim says NBC News still is experimenting and testing the new native ad formats, but has begun offering one dubbed "Ad Slice" as a standard ad unit. The unit looks like any of the organic video content produced by NBC News, and the news organizations sometimes even helps advertisers produce them to make sure they appear authentic. The units rotate in NBC News’ video player and are indistinguishable from the site’s organic content except for their "sponsored" labeling.

That's actually something that has begun happening on Forbes.com as well, with similar native video ad formats that it has quietly begun rolling out.

"It’s basically just like editorial content is,” explains Meredith Levien, group publisher and chief revenue officer, Forbes Media. Specifically, she says Forbes.com’s new video ad formats, dubbed "BrandVoice" units, are intended to be so "native" that they can actually displace Forbes' organic news coverage in its "most popular" story feeds. She says that has already happened a couple of times, including stories from SAP and NetApp.

"If it’s great, it gets a lot of page views," she says, noting that some of the BrandVoice spots have generated "80,000 to 90,000” page views, far more than Forbes.com’s “couple of thousand page views" average, and enough to catapult them into the "most popular" video slots, which also factor in other metrics, such as user comments and social sharing.

She expects the same for a series of new BrandVoice spots breaking this week from a surprising source for Forbes' readers: Cartier.

The campaign -- which was produced in conjunction with a Forbes staff of producers and editors, albeit a dedicated "service bureau" it has assembled specifically to work with advertisers -- focuses on the heritage of the Cartier brand and the fact that its founders were also entrepreneurs infused with a startup spirit that today’s entrepreneurs could relate to and be inspired by.

"It’s not only important to the brand, it’s how the Cartier house was founded," says Emmanuel Perrin, President and CEO of Cartier North America, adding: "It’s a family American dream story spread over three generations that any entrepreneur can relate to."

The campaign, dubbed “Make Your Move,” features interviews with contemporary entrepreneurs such as David Chang, chef and owner of Momofuku Restaurants, and Jeremy Bloom, a two-time Olympian, former NFL football player and co-founder of advertising technology company Integrate.com. In the videos, they are interviewed by another entrepreneur, co-founder of Thrillist Media Group, Ben Lerer.

Perrin says he believes the new native ad formats actually are more appropriate and authentic for contemporary news audiences because there has been a generational shift in the way they consume content and the way people communicate in general.

"Especially with the new generation, if it’s in advertising, it’s suspicious," he says.

Forbes' Levien says the new BrandVoice spots are part of a progression that began a couple of years ago when Forbes.com became one of the first news publishers to begin integrating its advertisers' stories directly in its text-based news story feeds. That program was dubbed AdVoice, which has also been renamed BrandVoice with the launch of the new native video ad formats.

She said the native formats have been a significant contributor to Forbes.com’s ad revenue growth, which is up 27% through the first three quarters of 2012.

As part of the rollout of the new BrandVoice formats, she said Forbes is also enabling advertisers to buy the units in a new way. As opposed to paying a flat "$1 million-plus" fee that Forbes charged advertisers under the original AdVoice program, she says advertisers can buy into it on a "site license model," basically purchasing the units on a monthly basis, so long as they commit to buying a certain amount of promotion to support their video stories. She did not disclose specific rates, but she said the costs were similar to Forbes' original flat-fee model, but prorated for the duration of the campaigns.