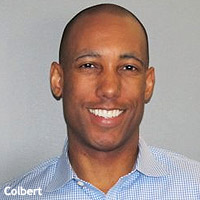 Mobile garners get just 1% of U.S. ad dollars, although it accounts for 10% of time spent. In response to that widely publicized finding, the Mobile Marketing Association in August issued its own report concluding that mobile should be 7% of current ad budgets. Do agencies agree?

During a panel on executing a mobile strategy at the Mobile Marketing Association’s SM2 conference in New York, agency executives suggested 7% of ad spend for mobile would be too high at this stage, even if 1% may be too low. “Seven percent is pretty aggressive, “ said LJ Kobe, group media director, Ignited. “I don’t think mobile is in a place right now where it can handle that type of load.”

Renee Whittingstall, partner, digital media director at Mediacom, agreed. “My charge is to increase digital spend, and mobile is definitely a chunk of that. But the mobile industry needs to catch up to desktop in targeting and reporting,” she said.

Both cite the lack of standardized analytics and ad formats, as well as browser-based cookies for tracking mobile usage as barriers to higher levels of mobile ad spending. “Standard [ad] sizes are all over the board. Tracking on the back-end is huge as well -- the tracking really needs to be stepped up a bit,” said Whittingstall.

Still, Kobe said mobile could probably be a bigger part of the media mix -- in the 2%-3% range -- given growing mobile adoption by consumers. U.S. smartphone penetration is estimated at about half of mobile users.

The two publishers represented on the panel -- Pandora and USA Today -- acknowledged the challenges for marketers. To that end, Brian Colbert, VP, mobile advertising, said the online radio service is ramping up efforts to generate metrics beyond impressions and click-throughs.

That means delivering more data on post-click interactions and more about the makeup of its users -- things like household income and ethnicity. Closing the mobile ad-time spent gap is an especially urgent issue for Pandora, which now gets 72% of its traffic from mobile, according to Colbert.

“Other publishers will be in the same boat a year from now,” he warned.

USA Today’s recent overhaul focused on a shift toward digital operations, with a bigger emphasis on offering content across platforms, including smartphones and tablets. Craig Etheridge, VP, mobile sales at USA Today, encouraged marketers to create ads that capitalize on the unique features of mobile devices.

He pointed to Avis’ “It’s Your Space” campaign in the newspaper’s iPad app that allows users shake the device to interact with different scenes tied to their rental cars. Etheridge says the effort is aimed at driving engagement and time spent rather than simply sign-ups.

At the same time, Etheridge noted that USA Today is also taking steps to extend standard online formats, such as the 300 x 250 banner to mobile screens to simplify running cross-platform campaigns. The company doesn’t try to dictate how much they should earmark for any one platform; he advises that advertising should be tailored to when and where people are consuming media.