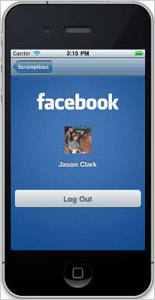 Facebook eased concerns about its ability to make money in mobile when it reported third-quarter earnings showing mobile ad revenue had jumped to $150 million from $10 million in the second quarter. That amounted to 14% of its total ad revenue in the latest quarter.

CEO Mark Zuckerberg suggested in the analyst conference call that the results dispelled the "myth" that the social network could not monetize its 600 million mobile users.

He reiterated that the company expected to make more money eventually from mobile per amount of time spent than on the desktop. Facebook also expects the growth of mobile usage to outpace that through PCs for the foreseeable future.

But there remains the question of whether Facebook can continue to ramp up mobile advertising fast enough to make up for the decline in desktop revenue. If not, "Facebook could have a problem," noted Macquarie analyst Ben Schachter in a research note following the company’s third-quarter report.

Other analysts also highlighted this challenge, even as Facebook begins solving its mobile “problem.” The company’s desktop revenue, for instance, fell 4% in the third quarter from the prior quarter. Facebook CFO Brian Ebersman indicated that the trend wasn’t just seasonal.

“I think that we opened up a lot of inventory on mobile in this quarter, and so we had advertisers who shifted some spend that might’ve been on the desktop computer into mobile feeds,” he said during the conference call. But he also noted that the introduction of newsfeed ads -- both on the desktop and mobile -- has led to improved ad performance across both platforms.

One factor influencing the shift of ad spending from mobile to desktop is how many Facebook users are mobile-only. In its quarterly 10-Q report filed with the SEC, the company said the number of these users had increased 24% from 102 million in the second quarter. That equates to about 10% of Facebook’s 1 billion users overall. The other 478 million mobile users also accessed the site via PC.

Despite the rapid rise in mobile-only users, Brian Wieser, senior research analyst at Pivot Research Group, pointed out that few were in developed markets, like the U.S. and Europe, where Facebook makes most of its money.

Still, he stated in a research note: “If a marketer decided they wanted to reach a certain group of consumers and accomplish a certain goal, a loss of users on Facebook’s conventional Web site could erode Facebook’s otherwise dominant position versus another standalone Web publisher (practically, Yahoo or AOL in the United States).”

Wieser estimated that Facebook had 18% of the total U.S. Internet advertising marketplace in the third quarter.

Still, Facebook said in its quarterly report that it expects "usage through personal computers may be flat or continue to decline in certain markets, including key developed markets such as the United States, in part due to our focus on developing mobile products to encourage mobile usage of Facebook."

Can the company increase mobile ad revenue quickly enough to offset a decline on the desktop? Given how new the mobile ads are -- Facebook only started running these ads in March -- Macquarie’s Schachter indicated it’s still difficult to project how smoothly Facebook can continue to make the transition toward mobile.

In recent months, Facebook has launched a wide range of new ad initiatives retargeting users on the site, based on their activity across the Web, to promote mobile apps.

The Facebook Ad Exchange, which came out of beta in September, could help Facebook bolster desktop ad revenue.