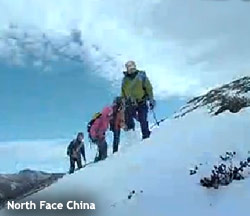 Over the coming year, we will be far more reliant on digital media for what are still physical transactions, and marketers will try to align with that, as with social trends.

Agency group JWT’s eighth annual Key Trend Forecast sees acceleration of a lot of social trends. One is "Adult Recess," the kind of unstructured leisure time we advocate for kids. There is likely to be a tightening of the stress vice to "super stressful" living.

Ann Mack, global trending analyst for JWT, points out that North Face did a program in China to address that country’s extreme stress situation among white-collar workers. That program included an ad campaign encouraging people to escape to nature. In the spot people literally drop everything and retreat to the outdoors.

"Other ways marketers are addressing this is with products," she says, pointing to food and beverages coming to market that are aimed at stress reduction. These included so-called "slow beverages," that contain things like kava root, melatonin, and valerian, which are meant to ease anxiety and aid in relaxation.

Mack tells Marketing Daily that companies are also playing with the “Adult Recess” trend. "Over the years everything has gotten so structured and tech-based, but we are increasingly seeing adults adopt this idea of unstructured play,” she says. In Sydney, Australia, for example, McDonald's surprised office workers with an adult-sized, three-story-high Playland.

The firm also predicts sensory stimulation will be increased and we’ll like it. That pertains not only for the segment that leads in this area -- video games -- but also for regular brand marketing. The auto sector has done a lot in this area around virtual test-drive experiences, but JWT suggests a more old-school example: a kind of "smell-o-vision" tactic where Dunkin' Donuts installed atomizers in Seoul, Korea, buses that released coffee aromas whenever the DD jingle was played.

Meanwhile, the retail scene is being decentralized by mobile technology and peer-to-peer commerce. This means that brands have to be more creative in how they go to market. Mattel and Walmart Canada, for example, did a virtual pop-up store in the Toronto underground, featuring two walls of 3D toy images with QR codes consumers could scan to make a purchase.

"There's a lot of experimentation happening in this realm," says Mack, pointing to Tesco and Samsung-owned Home Plus program in Korean where people could buy staples from display kiosks in transit stations. In the U.S., Peapod.com placed billboards in subways so that people could purchase items right there using mobile. “It’s not so much about instant purchasing as it is impulse purchasing,” she says.