Agency of the Year: Silver -- AKQA 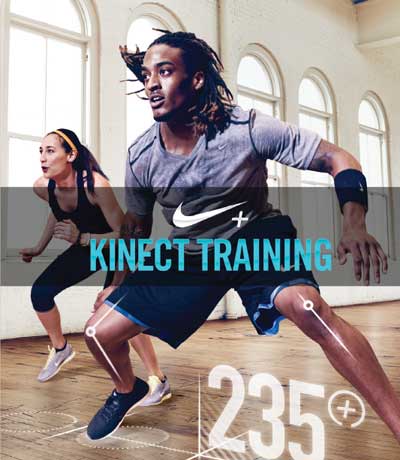 The reason this company keeps winning, year after year? It’s taken its magic far beyond traditional definitions of advertising, romancing every platform it can find by

Ad agencies haven’t traditionally been in the business of product development. But advertising isn’t traditional anymore. The work AKQA has executed in the last year exemplifies the changing role of ad agencies today. Delivering a media buy is no longer enough, and agencies are finding they need to not only create content, but also to help their clients develop products.

Few are doing so, and that’s just one of the reasons AKQA’s work in 2012 for clients ranging from Gap to Nike to Delta stands out. “Spending eight months for a 360-degree marketing campaign that lasts two weeks is no longer a viable strategy,” says Rei Inamoto, VP and chief creative officer at AKQA. “We need to shift towards building 365 days of connection between brands and consumers. Brands should aim to have a much deeper and more meaningful connection with their audience even through a single channel such as mobile.” That philosophy has framed the work AKQA delivered in 2012, from a Nike training program on Xbox Kinect, to an interactive catalog for Gap.

Also this year, holding company wpp bought AKQA in June in a deal valued at $540 million. AKQA is said to be on track to generate $230 million in revenue. That follows AKQA’s double-digit revenue growth for more than five years.

“Over the years there are a few digital agencies that have, in my opinion, stood as beacons of excellence in the digital advertising space,” says Adam Broitman, chief creative strategist for digital agency Something Massive, adding that AKQA’s work has inspired others in the business to approach campaigns in new ways.

“Exceptional digital advertising must go beyond the one-dimensional nature of advertising in days past,” he says. “True digital creativity must encompass not only great design and copy, it must consider new patterns for user experience and product design/innovation. From Fiat Eco Drive to Heineken Star Player, AKQA has created some of the finest digital thinking in the industry and has inspired the rest of us to go beyond traditional thought.”

Indeed, AKQA has innovated new ways to mix paid and owned media with many of its centerpiece campaigns, rooted in products and “experiences” of brands that are then paired with digital, social or mobile media. Some examples:

In February, Gap launched Styld.by, created by AKQA, in an effort to connect with a younger demographic for its Spring 2012 collection. The digital catalog lets users share styles that inspire them, and new looks are added every few weeks, which can then be purchased through Gap.com. For the project, Gap worked with influential fashion bloggers and let them choose the models and the styling, in a sort of user-generated approach to creating a catalog. Then, consumers could select images of clothes and styles they liked and share them through social media, says Tom Bedecarre, chairman of AKQA. Gap has added new products for two additional catalogs since launch, and also planned to lean on the interactive digital catalog again for the holiday season.

“This is becoming a platform that Gap is using more broadly,” he says. “We tapped into an understanding of how shopping has become such an inherently social activity and how this lets people express their taste and see a broader expression of style from a bunch of different voices and not just a singular voice from Gap.” The campaign relied on social media from stalwarts like Twitter and Facebook as well as Pinterest, making Gap one of the first brands to capitalize on Pinterest early in the year. The digital catalog was also paired with a media buy to drive awareness.

AKQA worked closely with Nike in the fall to craft a specialized training program for the Xbox Kinect. “We helped create an interface to track those arm and leg movements and to customize your personal training experience using the Kinect technology,” Bedecarre says, “so the system is reading and responding and scoring the individual in real-time in a customized way.”

As part of making these new products, AKQA is also able to tap into the data it has on customers and how they interact with brands and technology. “We have a 100-person team handling media, search and analytics,” he says, “and because we are integrated, and have creative and technology and media strategy under one roof, it’s one of the reasons we can go up to a client and talk about how our understanding of analytics creates a more customized, personalized experience for someone.”

This sort of design work isn’t de rigueur for the industry by any stretch, but the breadth of product development efforts at AKQA underscores how the agency has aimed to separate itself from the pack. The days of only crafting a media plan and buy are long gone, and agencies that thrive must also do more than strategize too. “That’s just another way we are a little bit different,” Bedecarre says. “We have such deep relationships with our clients like Delta, and we’re now an integral part of how they’re designing their mobile experience.”

Bedecarre contends that the confluence of story, platform, software and product design is the foundation of the next phase of advertising. “We are transitioning from being a communications agency to being an agency that can design and develop products for clients. The world is becoming more digital, and understanding how to work and perform on tablets and mobile platforms, and understanding how big data is a part of this equation is essential,” he says. “As you get deeper into these technologies you can’t just have a writer and art director bringing out creative ideas for tv commercials and how to turn them into print ads and then banner ads. Clients are looking for deeper ways to engage with these customers, and you can create these experiences that live across social media and mobile platforms and the Web. Like a training program for Nike, rather than just running an ad for a new pair of shoes. It gives you greater value and makes you a partner with Nike 365 days a year.”

The agency has also made some bold moves into experiential marketing paired with social media. For instance, this summer Kraft Foods’ Wheat Thins paired up with Six Flags on a Labor Day promotion for its new flavors. Guests at the theme parks could actually check into their Facebook pages at the top of a roller coaster, and the first 100 riders to do so were able to skip the lines and ride the roller coaster again. The brand passed out samples too, and ran custom video spots on out-of-home tv screens at the theme parks and across the brand’s social media channels. The brand teed up this in-park promo with an Instagram promotion the month before with fans pretending in photos to be on rollercoasters.

Also marrying social media with in-person marketing, AKQA worked with Nissan Leaf to offer discounted rides in electric taxis in London prior to the Olympics with the pitch that an electric car is six times cheaper than a gas-fueled vehicle. Users had to book their rides via Twitter using a Nissan hashtag. The marketer then replied to the tweets.

Other notable work in 2012 includes the launch of Halo 4 for Xbox, the latest installment in the bestselling and mega popular game franchise. AKQA created a so-called “aerial light performance” over London including the Halo 4 Glyph symbol, recognizable to most gamers. AKQA says the lighting show was created with more than 100,000 led lights.

On the app front, AKQA has pioneered a handful of forward-thinking apps for clients this year including its Nigella Quick Collection for Nigella Lawson that’s voice-controlled, which is helpful for the food-covered fingers that use it while cooking. AKQA also designed apps for Forevermark Diamond showing the steps going into making a diamond, for MTV to deliver its shows on the go, and for Volkswagen with footage and details on the cars for Volkswagen enthusiasts.

Last but not least, AKQA published a best-selling business book in 2012 in collaboration with Nike called “Velocity: The Seven New Laws for a World Gone Digital”, co-authored by Nike VP of Digital Sport Stefan Olander, and AKQA founder Ajaz Ahmed.

With the success AKQA has had so far, the inevitable question is “What’s next?”

“Our goals remain to be able to create big impact and success for our clients through the kind of work we do with storytelling through software and product development,” Bedecarre says. “From an employee perspective, we keep people motivated because they like to work with good people on good brands and do good work.”