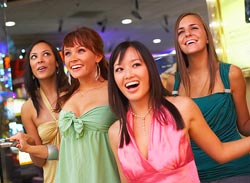 It's the time of year for shiny ornaments and trend reports, and one thing that the people who do the reports can agree on is that like economists, they don't usually agree. Sheryl Connelly, the global consumer trends and futuring analyst at Ford Motor, conceded that point at the very start of Thursday's Ford-sponsored New York conference on 2013 consumer trends.

The report says people are getting some optimism back, although their buying habits -- particularly those of 20- to 30-year-olds -- are going to be radically different. The report lists 13 "microtrends." First on the list is trust, or "trust is the new black." Gerzema said there has been a 50% decline in trust since 2001, but a 35% rise in trust as a driver of brand equity. That suggests there's an opportunity for brands that open their arms wide and say, "Here I am with all my blemishes."

"Customers want a reason to believe and brands who give them that will be better off," said Connelly. Gerin said MasterCard is doing just fine in that category -- as she said the brand is 87% more trusted than any other brand of any kind.

McCracken said trust matters in a "black swan" world full of disruptive competitors. "The last 20 years have been a chronicle of brands behaving badly," he said. "The name of the game is absolute transparency." The good news for established brands is that assuming they have not been behaving badly, they have equity, while new competitors have nothing but VC money. To achieve trust equity functionally, the "front" of a company -- its brand, communications, what it claims to be -- must match the back, the invisible side, where it does what it actually does. The issue, noted Connelly, isn't that a company can't make mistakes, but that if it does, it needs to be straight about what went wrong, and if it doesn't know what went wrong, it should say that too. "People want sincerity. The assumption is it's never perfect, but you are supposed to make good."

Connelly said -- and she has firsthand experience of this -- that the pace of technological change makes it hard to be perfect the first time out. Ford's MyFord Touch platform built off of Sync has had problems, but Ford has time to fix it, and can do that via a simple flash drive with a new version of the interface. "Consumers' tolerance for imperfection is correlated to what's in it for them."

The report dubs another trend "Pioneering Pathways," in which people are diversifying their pursuits. "The underlying shift is that we have moved from a culture where people expect to draw from institutions a sense of life plan to a state where everyone is in "startup mode." It's a period of self invention -- Millennial as hustler. Everyone has five or six selves."

A minimal maximist trend means doing more with less. Gerzema said 65% of consumers state they are happier with a simpler lifestyle -- citing a $12 billion barter economy, sites like "airbnb" whose average member makes $21,000 per year; and Seattle's micro apartment trend, where people are living in 220-square-foot spaces.