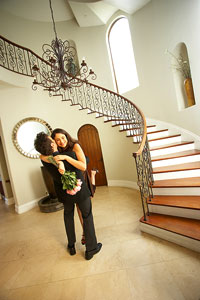 The "Mass Affluent" -- those likely to be subjected to increased taxes to stimulate revenues and avoid the so-called "fiscal cliff" --  might give a boost to some financial and retail businesses, says Nielsen.

The media research company says the "mass affluent" -- those who make $250,000 to $1 million a year -- are about 11% of the total U.S. population. In preparation for raising their taxes an estimated 3%, Nielsen projects that some shifting of investments through financial services could be the result.

In addition to automatic tax hikes set to begin in the new year, automatic government spending cuts will also take place if lawmakers don't agree on a new deal.

While many are concerned, Nielsen says others are cautiously optimistic that getting through this process will offer more opportunity down the road.

Samples of those online comments include:

*“Taxes are going to go up; everyone knows that. The question is how much. And when that is settled, there will probably be a relief rally in the stock market."

*“I am a regular investor, I am always looking at stocks and usually make 3-4 purchases a year based on my research. I am currently tracking a couple and was thinking even though there appears to be a good opportunity, I may wait a while until the coming fiscal cliff gets settled.”

The mass affluent also possess multiple investment accounts, including 401K, IRA and CDs, and are adopters of high-end technology, such as tablets, smartphones, digital recorders and video game consoles.