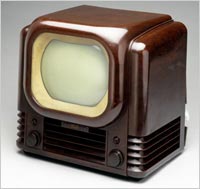 In the ever-evolving dynamics around the TV and portable/mobile screens in the living room, it is often overlooked just how that "first screen" is evolving in parallel to the increased power of smartphones and tablets. The so-called “smart TV’ models have become pretty much de rigeur this year in any offerings at the mid-priced and higher range.

The fascinating thing about these connected TVs is that they mimic the icon/app-driven interfaces and functionality of the tablet and smartphone. The apps for Netflix, YouTube, Amazon, Pandora, even maps and shopping services often take their cues from touchscreens. In fact, the handful of Google TV users out there can enjoy some of their Android apps on the TV screen. And then, of course, there are the ubiquitous Web browsers that are on almost all of these units as well as the over-the-top (OOT) boxes and game consoles. Even the Wii U and many Blu-ray disc players have serviceable browsers.

And the overwhelming majority of owners just don’t care. According to the latest research from NPD Connected Intelligence, most of these alternative applications of the TV screen are not being used by the overwhelming majority who have them. In its survey of connected owners, NPD found that generally 5% or fewer were using their TV applications to access Twitter, video calling, shopping or Facebook. Only about 10% are using the TV for Web browsing. The only non-video application that appears to be gaining any traction is music. For obvious reasons (the TV is connected to the home theater in many cases), about 15% are accessing music via their TV in apps like Pandora.

Not surprisingly, watching over-the-top video is the main use of a connected TV for nearly 60% of owners. Well, duh. The streaming video services like Netflix and Amazon Prime are the obvious extensions of TV as we know it and simply familiar alternatives to the DVR and VOD functionality that users have already embraced.

NPD Director, Devices John Buffone suggests that with so many inputs bringing connectivity to the TV, consumers are struggling with (or just avoiding) a complex experience. About 15% of HDTVs have built-in-connectivity, but if you add in the connected game, disc and OOT boxes the share of TVs connecting in some way to the Internet climbs to 29%.

Adding to the complexity is the interaction with the tablet and smartphone screens, which are gaining the ability to “throw” connected experiences back and forth with a secondary device to the first screen, a la Apple TV or Xbox. “As a result it is no wonder that most connected consumers are currently stopping short of exploring options beyond video,” he writes in the company blog.

Well, there’s that and the fact that TV apps are still shared and very public interactions with the wealth of Web-based data that is more personalized. Your e-mail, Facebook and Twitter posts on the family room TV? Really? We already have the perfect personal and private screen for all of that, don’t we? Why would most of us want to interrupt the most addictive media experience yet invented -- TV video -- to try to make out a Web page on an HDTV when the video can keep running as we do the function on a host of other devices better built for the experience in our laps or pockets?

This was one of the early learnings of the “Interactive TV” tests of the previous decades. Once people can start clicking on specific things on the screen, it turns a social experience into a highly personalized one that others really don’t want to share. Battling over the remote over which lean-back experience to enjoy together is enough of a living room war. No one wants to skirmish over who gets the mouse -- let alone watch Dad browse his Facebook page.