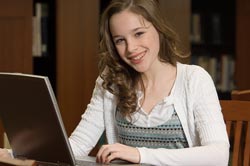 Brand marketers take for granted that most consumers know the ins and outs of social media and search engines, but a study released Wednesday reveals that this is untrue.

Some 70% of adults online know how to post to a Facebook wall, but only 54% understand how Facebook generates revenue. It may seem incidental, but a better understanding would produce higher engagement and conversion rates.

Men demonstrate a higher understanding of Facebook's monetization strategies at 57%, versus women at 51%, according to findings from The Search Agency and Harris Interactive's study "2012 Online User Behavior and Engagement," which analyzes consumer behavior and knowledge around social networks and search engines.

The findings can help marketers create better strategies to interact with potential and existing customers. For example, more online men -- 37% -- know the character length of a tweet, compared with 27% of women. When it comes to Pinterest, 48% of women know what it means to "pin" something online, compared with 42% of men.

About 22% of survey respondents click on paid-search ads, but results show behavioral variations by region and age. Breaking down clicks by U.S. region shows 29% in the South, 20% in the Northeast, 19% in the West, and 17% in the Midwest.

Just more than three-quarters of the U.S. online population realizes that advertising is a source of income for search engines.

A little more than 2,000 adults participated between Aug. 14 and 16, 2012 in the online U.S. survey conducted by Harris Interactive on behalf of The Search Agency.