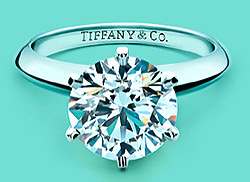 As more retailers begin to unwrap their final holiday sales results, the news continues to be mighty mixed: Best Buy reports that things were better than expected, while Tiffany says its results are disappointing.

MasterCard Advisors’ new Spending Pulse says that December’s total retail sales (excluding automotive) gained 2.4% from the prior year. And when it subtracts gasoline, that rises to a 2.8% gain. Still, it’s off from the 4.5% rise in November, and not what many had hoped for.

“Throughout the year, we had been seeing a sustained, albeit gentle strength to the monthly numbers,” writes Kamalesh Rao, its director of economic research. “This continued into the fourth quarter, which had a strong start, peaking by the third week of October. Then from that time until the end of the year, we saw frequent swings between acceleration and deceleration."

Best Buy, for example, did better than expected. It says revenue for the nine-week holiday period came in at $12.8 billion, compared with $12.9 billion the prior year. And while domestic comparable-store sales were flat, it says it recorded positive comparable-store sales gains in cell phones, tablets/e-readers and appliances. (Its entertaining, TV and computing business declined.)

“We were able to improve our domestic comparable-store sales trends compared to the performance of the last several quarters and continue our strong traffic growth in our online business,” says CEO Hubert Joly in its release. “Our holiday selling strategy, backed by a compelling assortment, increased employee training and price match policy, allowed us to deliver these results.”

It was especially jubilant about its online success: “ComScore indicated Best Buy was in the top three most-trafficked websites for the Thanksgiving holiday and Black Friday,” it says. “Experian ranked Best Buy as the No. 3 retail website on Cyber Monday with 9.3 million visits.”

But at Tiffany, the gift-buying pendulum swung in the other direction. While worldwide sales for the two-month holiday period climbed 4% to $992 million, comparable-store sales dipped 2% in its New York flagship, at the low end of its expectations. As a result, the jewelry retailer says its earnings will also be at the low end of its forecast.

“Due to uncertainty about general economic conditions in all our major markets, management is planning sales growth conservatively for 2013,” Chairman Michael J. Kowalski says in its release, “and at this point expects net earnings growth of 6% - 9%."