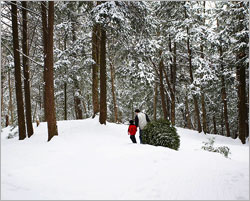 Cross-channel marketing campaigns proved to be the most successful during the holidays. Search engines like Google and Bing were the key driver of traffic, along with organic cross-shopping across retail Web sites, according to Experian Marketing Services, which released a recap of 2012 trends Thursday.

Both search and social delivered the highest share of traffic to retailers on Black Friday, while email and affiliates proved important on Cyber Monday, according to the data.

Search lived up to its reputation for being a key traffic driver as consumers searched for deals. Search engines at 49% took the No. 1 spot for search and cross-shopping across retailers as the most common method of navigation. Shopping and classified sites took No. 2 at 16%, followed by other at 12%. Email services at 6%, portal front pages at 4%, entertainment at 4%, and rewards and directories at 3% skated by.

Despite weak overall sales growth during the holidays compared with last year, visits to Web sites rose across the majority of product categories. Cyber Monday maintained the top ranking for traffic. Visits grew 11% year-over-year. Black Friday and Thanksgiving followed with 7% and 6% growth, respectively.

Target, J.C. Penney, and Toys R Us fell in visits to the Web site, while all others in the top 10 rose.

Online shoppers over-indexed against the online population for higher incomes and creditworthiness, although a high share of overall visits came from older, less affluent households, which might explain the 122.93% year-on-year increase to the coupon site RetailMeNot.com and the 79.43% increase to Slickdeals.net.