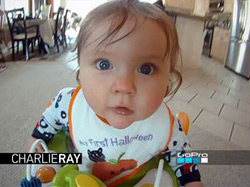 Media coverage leading up to the Super Bowl is mostly focused on national ads – the big, Fortune 500 fish that have millions of dollars to drop on spots touting $50,000 cars and cheap bags of artery-clogging snacks (that are delicious, by the way).

But what about the smaller guys buying up local markets? Local buys aren’t just for the used car lot down the street. Nowadays, viewers can expect local ads to bring in sophistication, as well as big brands that are on the cusp of really making it.

Take camera company GoPro, for instance. It say it’s the number one-selling camera company in the world. But even so, it still doesn’t have the cash flow to make national Super Bowl buys.

“We are still a lot smaller than some of the other Super Bowl advertisers,” says Kash Shaikh, GoPro’s senior director of global communications and social marketing.

So, since it still deserves its slice of the Super Bowl pie, it has settled on nine local markets to air its ads during the game. Viewers in New York, Los Angeles, San Francisco, Portland, Ore., Seattle, San Diego, Salt Lake City and Denver will see GoPro’s Super Bowl effort sometime during the game.

GoPro isn’t just betting on the marketing efforts of the spot: “We are also using our social media channels to unveil the full ad when the commercial launches during the pre-game in New York, Los Angeles and Sacramento to leverage our 10 million-plus networks and drive more engagement,” says Shaikh.

He explains, “Our media buy is designed to be as efficient as possible while giving GoPro the most exposure in the markets where our consumers live.”

The spot itself was shot by a GoPro user and is perfectly in-line with the company’s social feel. Like other Super Bowl spots, it will serve as a catalyst to ignite social media conversations – “at our heart we’re a social media and events marketing oriented company. That is why we are being as efficient as possible with our buy and using our social networks to get the conversation going,” says Shaikh.

Though the ad isn’t airing nationally, he assures that the same care and effort was put into it: “The quality of our Super Bowl ad does not differ from our previous national spots. It’s the first time we’ve exclusively used user generated content to create an ad.”