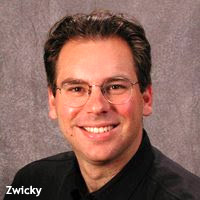 After hearing Google cofounder Larry Page during the Q4 2012 earnings call talk about how the Nexus smartphone serves up Web sites better than those optimized for mobile devices it made me wonder whether Google would change the rules for advertising and content to support one structure and reporting system for mobile and desktop. I'm not the only one wondering.

BlueGlass CEO Richard Zwicky continues to ponder that thought as well. He suggests that combining mobile and desktop AdWords would give advertisers less choices, and analysts less data. I believe that if it sounds similar to "keyword not provided," perhaps you're correct. It demonstrates to marketers the value of data.

Zwicky believes Google execs will think that placing a shroud over the details, like sweeping dust under the rug, will solve the problems of lower mobile cost per clicks. The argument for combining the two will center on improving user experience, simplifying ad management for advertisers, and combining lower mobile CPCs with higher desktop CPCs to raise profit.

Google may not need to give CPCs a nudge. Mobile drove 20% of paid clicks and 15% of paid-search spend in Q4 2012. Mobile CPCs edged up relative to desktop and tablet spending increased 189% year-on-year, outpacing smartphone spend for the seventh straight quarter, according to Rimm-Kaufman Group. Tablet clicks outpaced smartphone clicks for the fourth quarter in a row.

I think it's a little more complicated than Zwicky suggests. It points back to the increase in smartphone capabilities that Page mentions during the earnings call and his requirements for a simple system. CPCs will rise as demand increases. Bing continues to see it. Zwicky mentions Bing CPCs rose 11%. What would CPCs look like when combining mobile with desktop? It surely would further put a wedge between Google's and Microsoft's mobile model, creating proprietary differences in strategy during a time when the Redmond, Wash. company continues to develop products that help marketers transition campaigns from Google to Bing.

For Google, Zwicky believes it will force the combination of mobile and desktop search advertising into one platform and reporting system. In doing so, Google can not only change the discussion around CPCs, but can also improve its bottom line for investors.