“Japan is just experiencing the shift in the way media is bought and sold,” said Keith Eadie, VP of marketing, TubeMogul. “While they are coming to it maybe a few years later, there’s obviously a massive economic opportunity…to capitalize on.” Eadie notes that Japan is an “extremely well-educated, early-adopting society in terms of devices and media consumption.”

This news comes just weeks after OpenX CRO Jason Fairchild described Japan as “hungry” for RTB, an observation Eadie agreed with. The biggest hurdle for TubeMogul is the seeming lack of real-time inventory across all channels in Japan.

According to Eadie, TubeMogul is “hopefully less than six weeks away” from partnering with a couple of premium publishers, but he couldn’t specify who those publishers were. In any case, TubeMogul’s plan to develop the real-time inventory in Japan is centered on partnering publishers that are willing to make their inventory real-time biddable.

Programmatic video buying is still young in Japan. However, it’s growing rapidly. According to comScore, 83.7% of Japan’s population watches video. TubeMogul's numbers show an average 11.2 million in-stream impressions per day (compared to 1 billion in the U.S.), but that number is growing at a rate of 34.3% per month. Some quick math shows that if programmatic video buying continues to grow at the same pace per month, Japan would reach 1 billion in-stream impressions a day about 15 months from now.

The company also launched a translated version of their site: 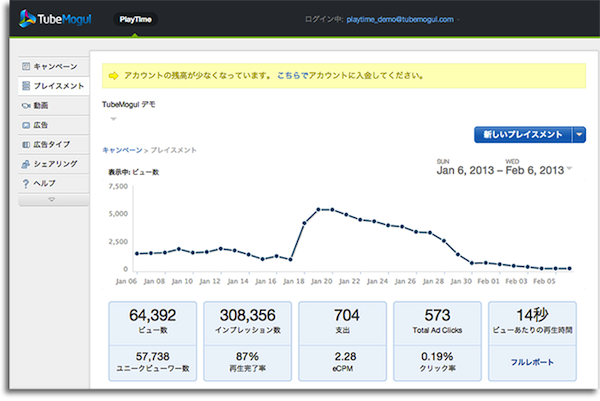 Eadie says TubeMogul will work with Google’s DoubleClick, which already has a presence in Japan. The ¥100 million is completed dedicated to TubeMogul Japan and will also be used by Kano to build a team.