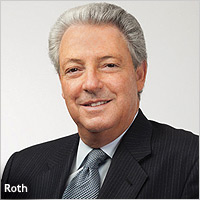 Fourth-quarter revenue was $2 billion, down 0.4% with net income of $337 million, up 21%. Organic growth for the quarter was 0.4%. Of the holding companies reporting full-year results so far, IPG’s organic growth is lowest for both the full year and fourth quarter.

On a conference call with investors Friday morning, IPG CEO Michael Roth attributed the company’s low organic growth rate in 2012 to revenue “headwinds” created by client losses (such as S.C. Johnson) in 2011. Those losses accounted for about 3% of company revenue. Roth also noted that IPG generated some of the best organic growth numbers in the industry in 2011 (6.1% for the full year), setting a high benchmark for 2012.

“It’s important to note that, as we enter 2013, our performance in terms of client retention and new business has improved markedly, and we have fully cycled the 2011 client losses,” Roth stated on the call. Revenue headwinds at the start of 2013 are considerably less, amounting to between 0.5% and 1% of revenue, he said.

“That’s a big statement,” said Roth. “Unfortunately the two [regions] are going in the opposite direction,” as Europe continues to struggle with macroeconomic issues.

Company CFO Frank Mergenthaler said the fourth-quarter revenue decrease was the result of unfavorable currency exchange rates in the quarter.

Roth said the company believes that it can achieve organic growth in 2013 of between 2% and 3%, which he said would be more in line with what competitors are likely to achieve. If IPG hits that target, profit margin improvement of around one-half of a percentage point is also achievable, he said.

“As we move into 2013, macro conditions remain uncertain in many of the world’s larger markets, and as a result, our outlook for the year is appropriately measured,” Roth said.

IPG is making progress on its search for a new Draftfcb CEO, which should be completed by the end of the first quarter, he added.

By category, Roth said that auto, consumer technology, financial services and retail should remain strong throughout the coming year for the company.

The company sold its remaining interest in Facebook in the fourth quarter -- realizing a gain of about $95 million on the sale, which effectively will be returned to shareholders in the form of an increased share buyback authorization.